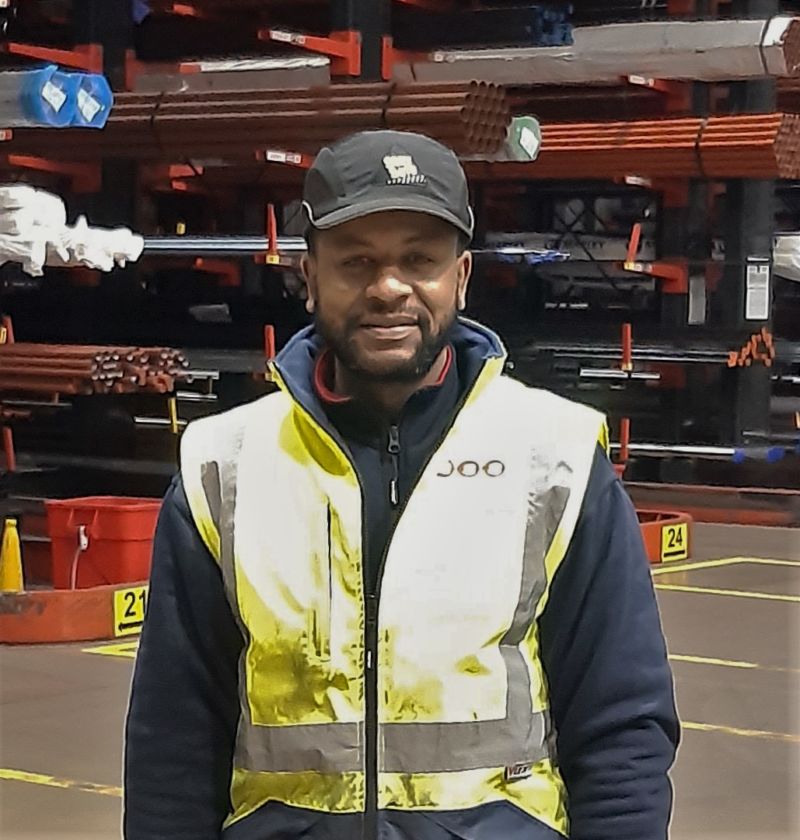 Former Infantryman Musa Jallow, 39, was isolated and struggling with his mental health. He thought he would never have the confidence to work again. With employment support he is finding his feet in the world once more with a rewarding new job at the BSS National Tube Distribution Centre, close to his home in Coventry. 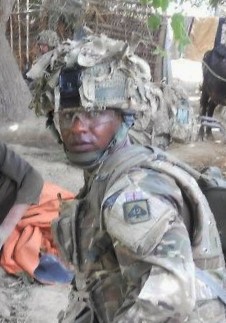 Musa said: “I left the Army in 2015 after nearly 12 years’ service in the Grenadier Guards. I was 23 when I first joined. I had mixed feelings. One minute you feel so proud of what you’re doing and the next you can feel so bad about a situation. You just do the job you’ve signed up for, but it’s a life-changing experience.

“I was really proud of serving as a member in the Queen’s Guard and seeing a lot of the members of the Royal Family. But I came out of the Army with post-traumatic stress disorder and depression after some of the experiences I had in Iraq, Afghanistan, South Africa and the Falklands.

“Last year I was in hospital for about nine months in a really bad state. I lived with my sister for a while because I had nowhere else to go. Then I was able to get a flat in Coventry.

“I was on medication and pretty much left to myself, and it was really difficult. There were times when I couldn’t even afford food. Some family members and friends got in touch and they helped, but I was keeping myself to myself and hardly ever went out. I could stay in the same room for weeks. I felt ashamed of myself and what I was going through.

“Getting out of that happened gradually. It was hard to ask for help. I began having therapy, which made me realise there was nothing to be ashamed of.

“When someone at The Royal British Legion mentioned employment support at The Poppy Factory, I sent an email and Becks got in touch. She was lovely and so supportive. When I first met her there were a lot of things I couldn’t do for myself and she really helped. 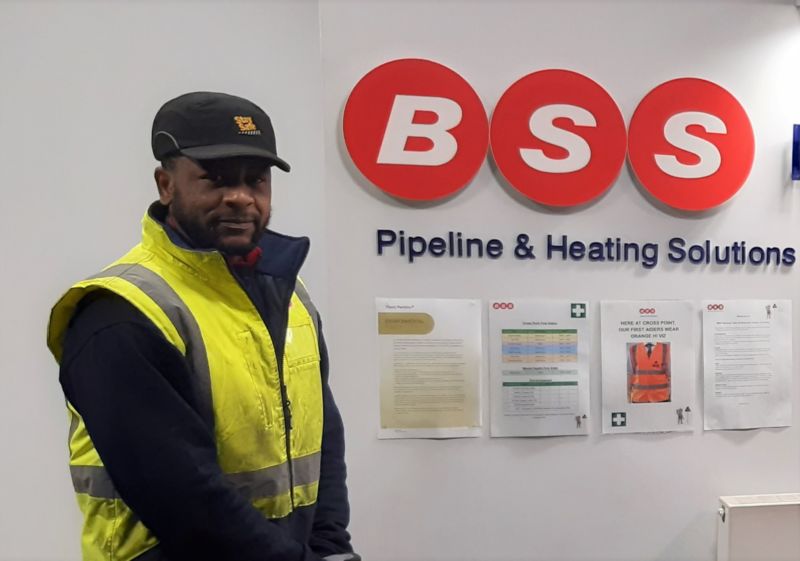 Beginning the journey into employment

“At that point I felt no-one was ever going to employ me – that if they knew I had PTSD and depression, it would be too risky. I thought I’d never work again and I really had no confidence.

“It was Becks’ idea for me to apply for a job as a warehouse operative near my home. When I started there was another veteran there and we would help each other out a lot. Having someone who’s been through what you’re going through really helps build your courage.

“After nine months I’m still getting used to working again. I know I need to get out the flat to help myself. It isn’t easy and it takes time, but it’s helping me mentally and it puts food on the table. Having a set routine and sticking to it really helps.

“Sometimes asking for help feels like the hardest part. Getting the help can be hard as well. But it’s definitely worth trying.”

Rebecca Thorn, Employability Consultant for The Poppy Factory, said: “When I first met Musa he was in a really bad way. I referred him immediately to the NHS Veterans’ Mental Health Transition, Intervention and Liaison Service for support.

“As Musa doesn’t have a car it was important to help him find a job that he could get to easily. I looked around his area and BSS was two miles away. I’d worked with the company before, so I made contact and set up an interview.

“The job is perfect as it’s the night shift and works well for Musa, who has issues with his sleep. It has also given him flexibility and his manager, Jake, is a fellow veteran. Musa is thriving in the job and within the first nine months has succeeded in gaining his forklift licence. Jake and I have a great relationship when it comes to how best to support Musa, if needed.”

Helping Musa adapt and feel part of the team

Jake Woodcock, Manager of the BSS National Distribution Centre, has been making sure Musa feels well supported and happy in his new working environment. Having served himself in the Royal Engineers, Jake has a good insight into the many strengths that veterans like Musa can bring to the workplace. 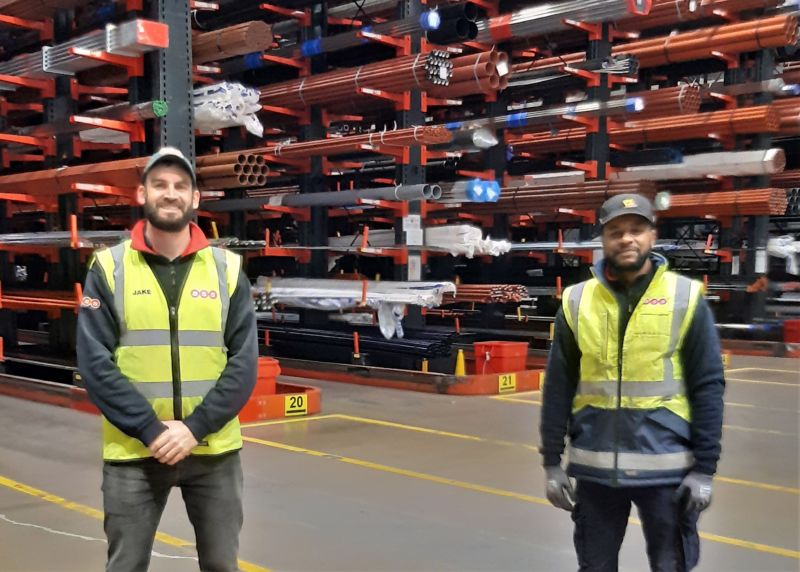 Jake said: “One of my colleagues had experience of working with The Poppy Factory, and Musa is the first person I’ve taken on who has been supported by the charity. I let him know that I’m ex-military too, so he had that extra support when he started.

“People like Musa often leave the Army with a lot of relevant skills, but it isn’t always easy to get those skills across to employers. It’s helpful that I understand the military language and can relate to his experience.

“I made it clear that I will always be available to talk to Musa, and his line manager Vusi has been very supportive day-to-day. Musa has had a great start and has picked up all the essential warehouse skills. He’s expressed interest in becoming a mental health first aider, which is really positive, and he has all the qualities of a future team leader.”