We sometimes receive requests from partners and external organisations that are seeking veterans for research and other projects. While we aren't directly involved in these and cannot endorse individual projects, we are happy to include links here to opportunities that may be of interest to veterans.

If you would like to take part in any of the following please read all information carefully and direct any questions to the contacts given by the organisation leading the project.

If you are interested in having your own project listed here, please email details to info@poppyfactory.org

The King’s Centre for Military Health Research (KCMHR) at King’s College London is launching the fourth phase of its long-term study investigating the health and wellbeing of UK military personnel who served during the Iraq and Afghanistan conflicts. Anyone who took part in Phase 3 is eligible - if you think this might be you and you haven't heard from KCMHR, please get in touch by emailing kcmhr-cohort@kcl.ac.uk.

So far, the research from Phases 1 to 3 has provided evidence to the government and other organisations to help change policy and generate support for the Armed Forces community.

It has helped others in the Armed Forces community by providing evidence to improve support and give a voice to people who have served.  It has busted myths about the impact of serving in the Armed Forces – highlighting positive outcomes and not promoting negative stereotypes. 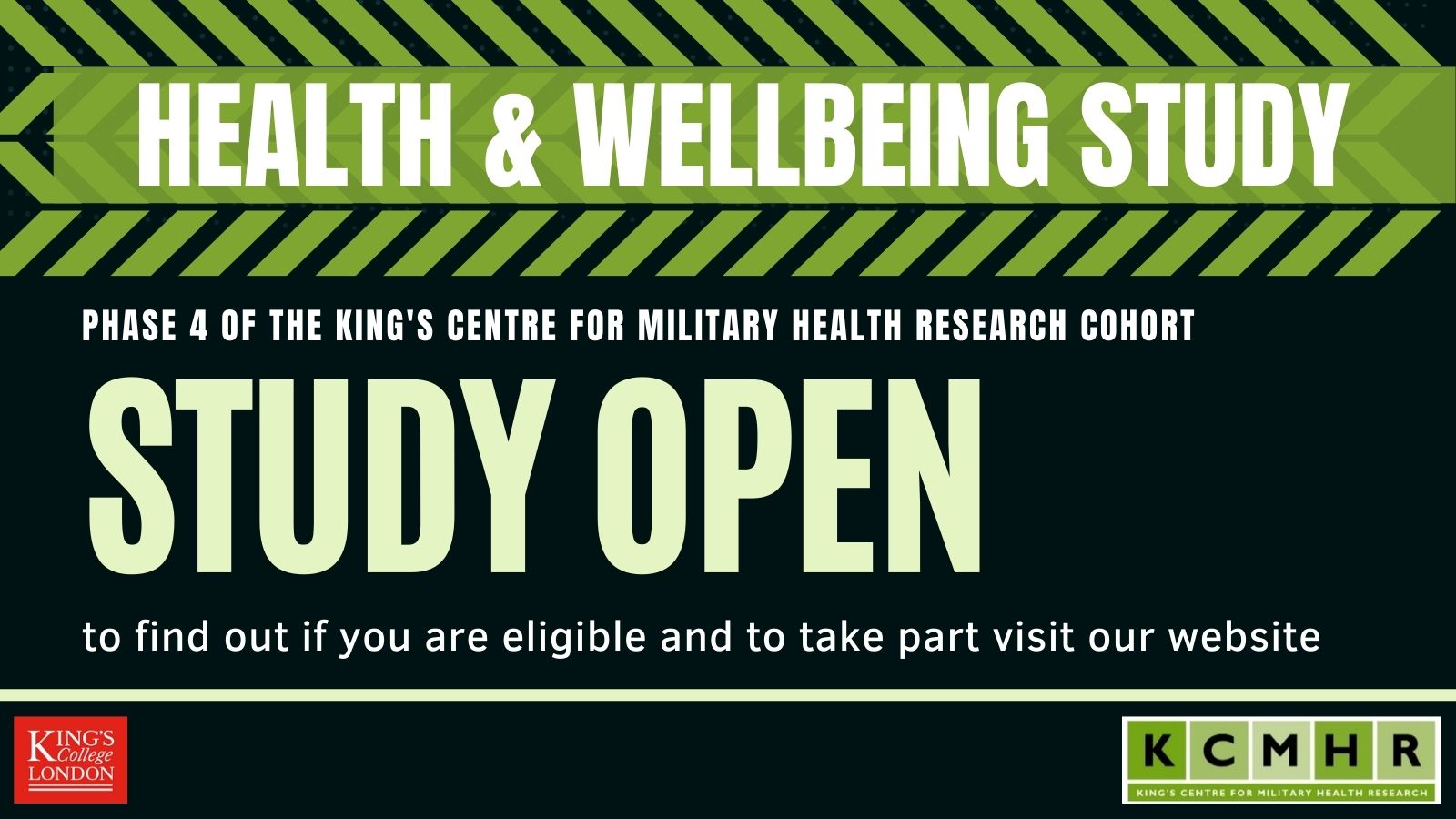