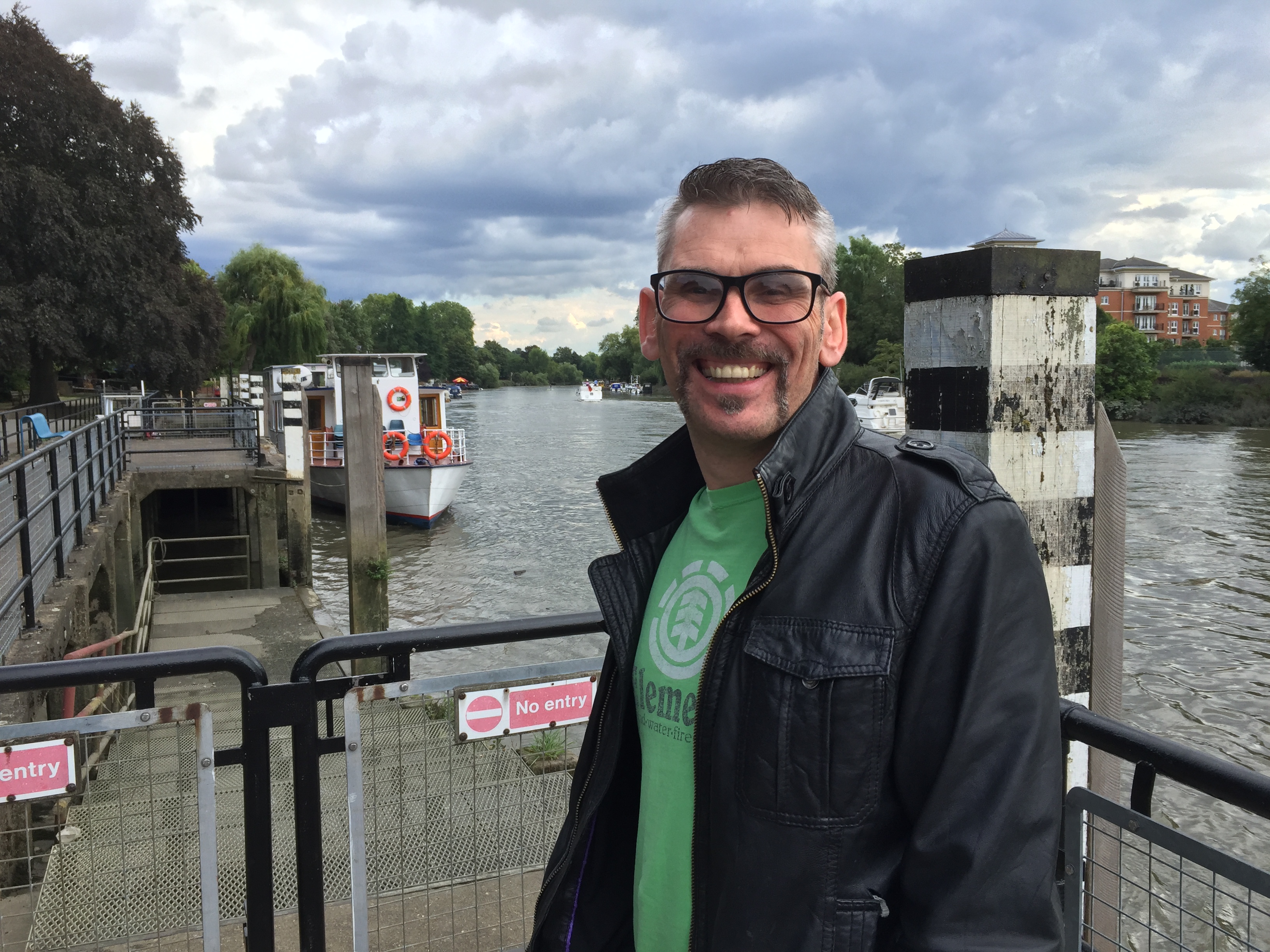 Gregg Howell, 47, has worked at The Poppy Factory’s headquarters in Richmond since 2014.

He is one of nine veterans from around the UK who have been supported into work by The Poppy Factory, who will board a tall ship for the last leg of Lord Dannatt’s Round Britain Challenge, commemorating 100 years since the end of the First World War.

Gregg and his crew mates will set sail from Cardiff on August 24th and will travel around the south west of England and through the English Channel before arriving to a heroes’ welcome in London on September 1st.

“The military has run through my family for generations including both my parents. From my childhood all I ever really dreamed about was becoming a soldier.

“Unfortunately, after joining the Army I went through some very traumatic personal experiences and had to leave the military with nothing but a formal diagnosis of PTSD. It left me feeling like my whole life and my dream of a military career had been shattered and broken beyond repair. Little did I know at that time, but so was I.

“After leaving the Army I had around 20 years of feeling like I didn’t have anything left to give. I couldn’t hold a job down for more than six weeks. I got involved in drink, drugs, crime, I eventually became a schizophrenic and I ended up being sectioned many times. I was often homeless and at one point made a serious attempt to take my own life that left me clinically dead.

“All I can say is that if it wasn’t for the military charities like The Poppy Factory supporting me and helping me change my life around, I wouldn’t be where I am today. I have a fully restored life and lots of hope for the future, for myself and others.

“The Poppy Factory has been a great support, even on my bad days. The team has been understanding, empathetic and non-judgmental as I’ve worked through the painful parts of my complex past traumas. I couldn’t have done it without The Poppy Factory’s experience in helping veterans deal with their struggles.

“While working at The Poppy Factory my self-confidence, independence, sense of self-worth and my social skills have also really grown to the point that I now feel much more accepted, valued and respected by myself and others.

“I’m really excited to be taking part in the Round Britain sailing trip. I’m very comfortable on ships and in the water because I love open water swimming.

“I’m also looking forward to being part of the team on board, as I’m a great believer in team work. No matter who we are or where we come from, we’ll all be working together to be able keep each other safe and keep the ship running efficiently and smoothly. I know I’m going to get a lot from this life-changing opportunity.

“I’m now looking ahead to the future and I would like the opportunity to become a national advocate for mental health and homelessness and its many causes and consequences. I’ve been through most of life’s traumas and come out the other side, now I see so many people and veterans who are homeless and struggle with many of the things I have had to overcome.

“I have been able to get to this point in my life through hope, faith and a sheer determination not to quit, even though I gave up many times.

“I used to be a social outcast, but I’ve been able to get so much of my life back and now I’ve got so much to give. Trauma and death is not the end, it can be the beginning.”