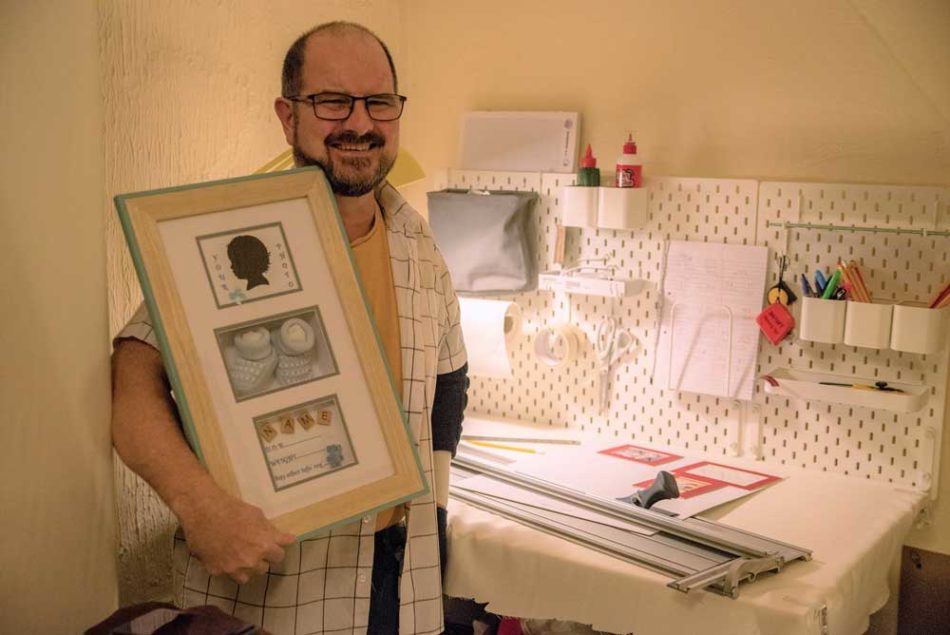 In the summer of 1981, just a few months before his 21st birthday, Russ Kirby was seriously injured in a motorcycle crash. His left arm was paralysed and his naval career ended soon afterwards, just days after his former HMS Antrim shipmates set off for the Falklands.

For more than 30 years, Russ worked in the animal feed industry in and around his native north Lincolnshire. When things didn’t work out, The Poppy Factory helped the dad-of-four achieve his goal of turning his hobby into a business, creating bespoke mounts and frames for everything from wedding shoes and football shirts to military badges, medals and uniforms. 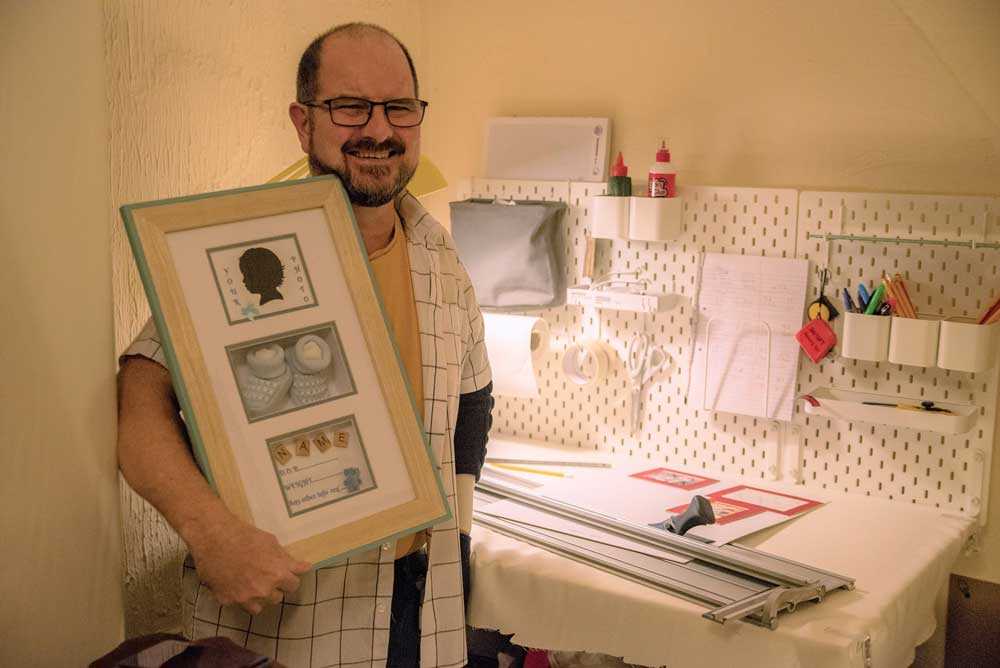 Russ said: “I joined the Royal Navy in November 1977. When I was on leave in 1981 I came back to North Lincolnshire and I was just riding along on familiar roads when I had a head-on collision with a Datsun Cherry. My neck hit the roof of the car and I ended up in a field. I was treated at Hull Royal Infirmary and the accident left me with a paralysed left arm and constant pain.

“I had already put in for discharge months earlier, and I left the Navy on my 21st birthday. I had been serving on HMS Antrim, a destroyer that and was damaged by an Argentinian bomb during the Falklands War. Fortunately, the bomb didn’t explode, but I felt guilty that I wasn’t on board with my shipmates.

“I started working in New Holland as a weighbridge operator and later became deputy port facility security officer and head of stock control. I worked for two firms handling imports and exports of grains and animal feed. When I had to leave work after 33 years in the industry, it was a very difficult time financially. I’d signed up to be a self-employed delivery driver, but I was only doing one day a week.

“I was referred to The Poppy Factory for support and Zarah, my employability consultant, travelled to meet me with her manager Pete, who is a fellow veteran. I really appreciated them making the effort and we had a very frank and open discussion. Zarah got me on a week-long business course in Sheffield, and things really started to build from there.

“About five years ago when my daughter was getting married, we were looking round venues and one was charging £250 for some table plans. That’s when I first started cutting out bits of card, and my mounting hobby started to develop.

“A big turning point came when I went to a Royal Navy group reunion and started communicating again with people who I hadn’t seen for 30 years. They saw what I could do and the business really started to take off. 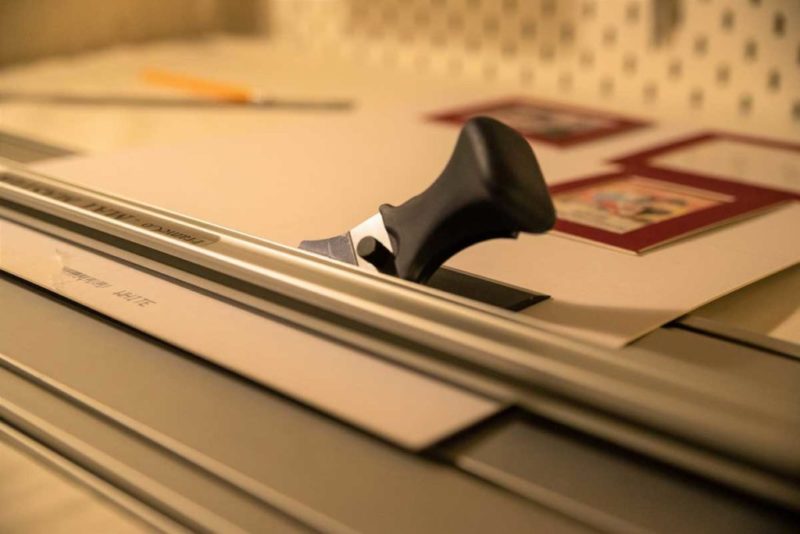 “My youngest son lives with me in a two-bedroom terraced house and I have a table set up under the stairs, where there’s just enough room for me to work. It’s very time-consuming, and having to do everything with one arm is a skill in itself.

“I’ve mounted people’s medals, ceramic poppies from the Tower of London, complete uniforms – the history of some of these items is mind-boggling. It’s great to think that people are going to be looking at these things for years to come, that’s what drives me. The money is great, but it’s the positive feedback that gives me a real buzz.

“People are looking for something different. Almost everything I do is a one-off and I never even keep a note of any measurements.  I’ve started thinking of things I can mount instead of having to wait for commissions. Things like Harry Potter memorabilia and records by David Bowie and the Rolling Stones do well, and I rent a shelf at a local arts and crafts shop. 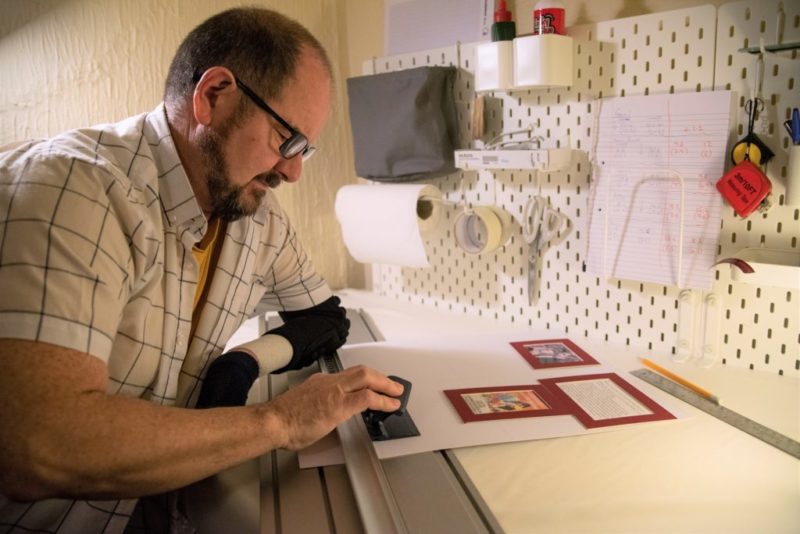 “The support I had from The Poppy factory has been crucial. To have someone there, face to face, listening to me and supporting me, made a world of difference.”