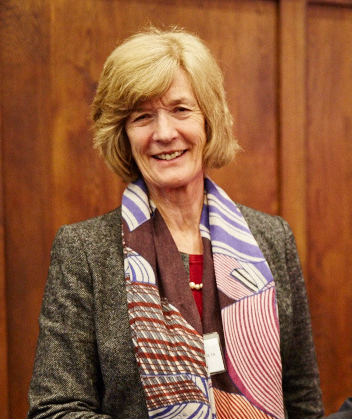 This year has been one of contrasting anniversaries for Sara Jones CBE DL, former President of The Poppy Factory. Alongside the centenary of our charity, which she helped lead over four decades, 2022 also marked 40 years since the Falklands conflict and the death of her husband, H Jones. That very personal loss drove Sara towards a lifetime of service on behalf of veterans and all those who have lost loved ones in combat.

When Sara Jones first joined The Poppy Factory community, the grief she was feeling for her late husband must still have seemed very new.

Sara and H, as Herbert liked to be known, had met when they were teenagers. Sara had spent her childhood in the New Forest followed by secretarial college in Oxford and working at the House of Commons for various MPs.  By the time H set sail for the Falklands, as a Lieutenant Colonel in the British Army, they were married with two young sons.

But on 28 May 1982, H Jones was killed, aged 42, leading a bold attack on an Argentine trench at Goose Green. For his actions, he was awarded the Victoria Cross, Britain’s highest award for gallantry.

In an interview with the Daily Mail newspaper in 2007, Sara spoke openly about the impact of losing her husband and recalled the deep affection she and H had for one another.

Sara said: “People assume that soldiers who fight for their Queen and country cannot have a soft heart, but H did. He was a prolific letter-writer and when we were apart he wrote to me pretty much every day. He said all sorts of lovely things and he always finished with, ‘I love you’.

“The image of him never recedes. He was such a strong personality and he has gone on influencing my life ever since his death.” 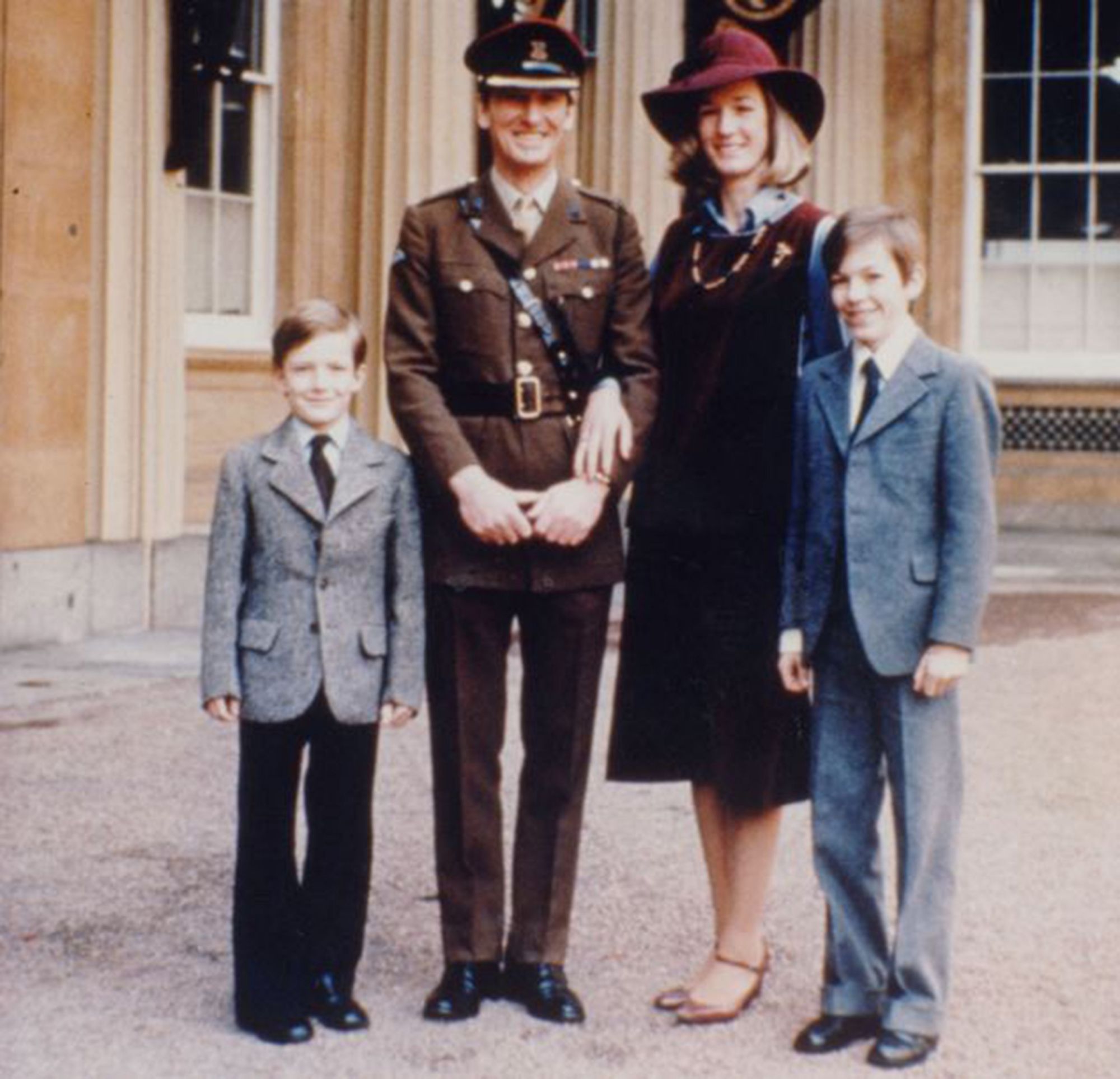 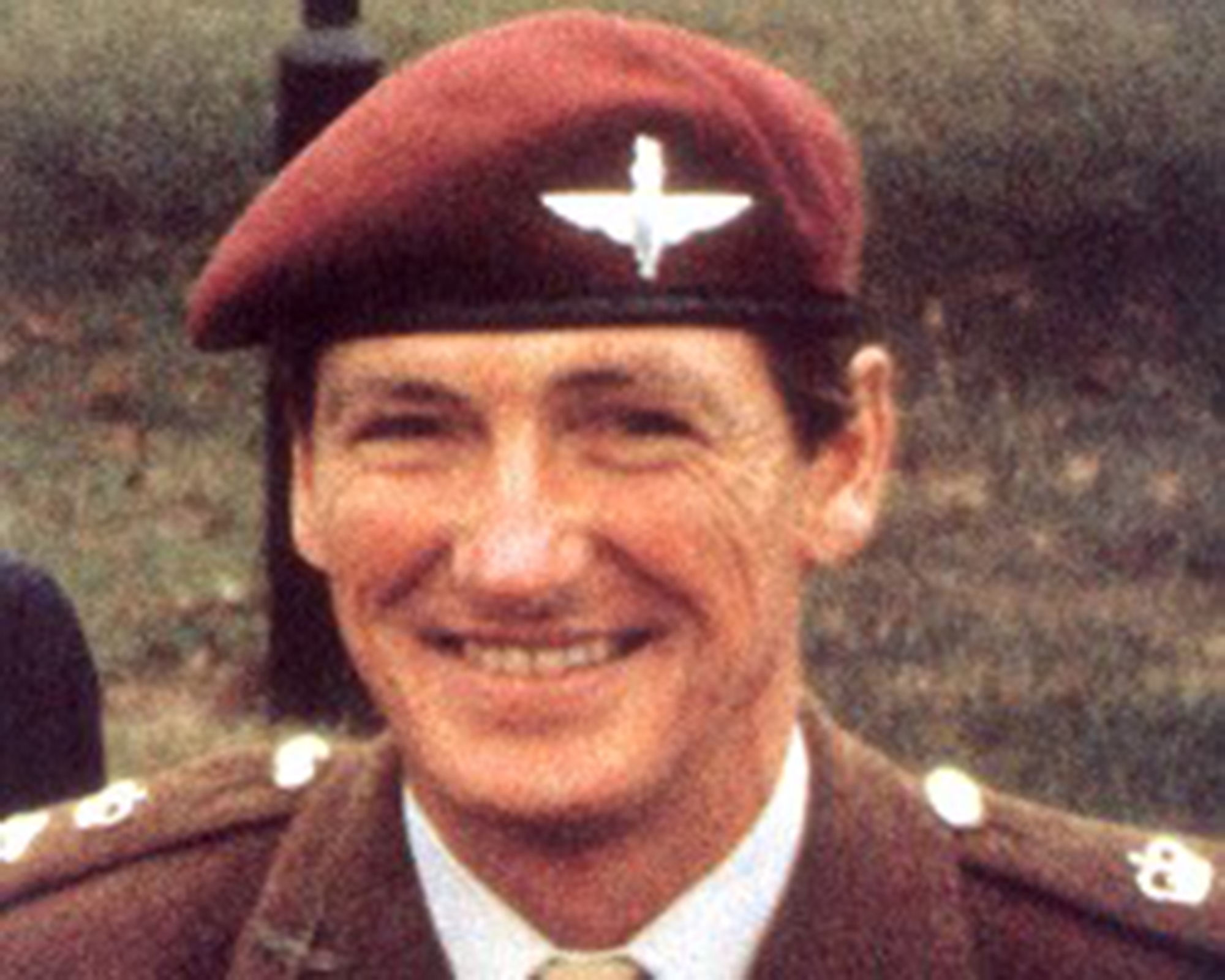 A year after losing H, Sara joined The Poppy Factory as a Trustee. She later served as our President, becoming a very active member of our community and helping to lead the charity over the course of the next 35 years.

In that period, the employment support that began with veterans working in the factory developed and expanded into our national employment service, building on the strong foundations that had been laid over many decades in Richmond-upon-Thames.

By the time Sara stood down as President in November 2018, The Poppy Factory had helped more than 1,000 veterans with health conditions move into all kinds of employment across England and Wales. That significant milestone was marked by a reception at Clarence House, hosted by our Patron, Her Majesty The Queen Consort, bringing together veterans, supporters and other members of our community.

On standing down as President, Sara wrote to Her Majesty to say it was a role she had “enjoyed hugely”, and that it had been “a great privilege and honour … to serve such a worthy charity for many years.” 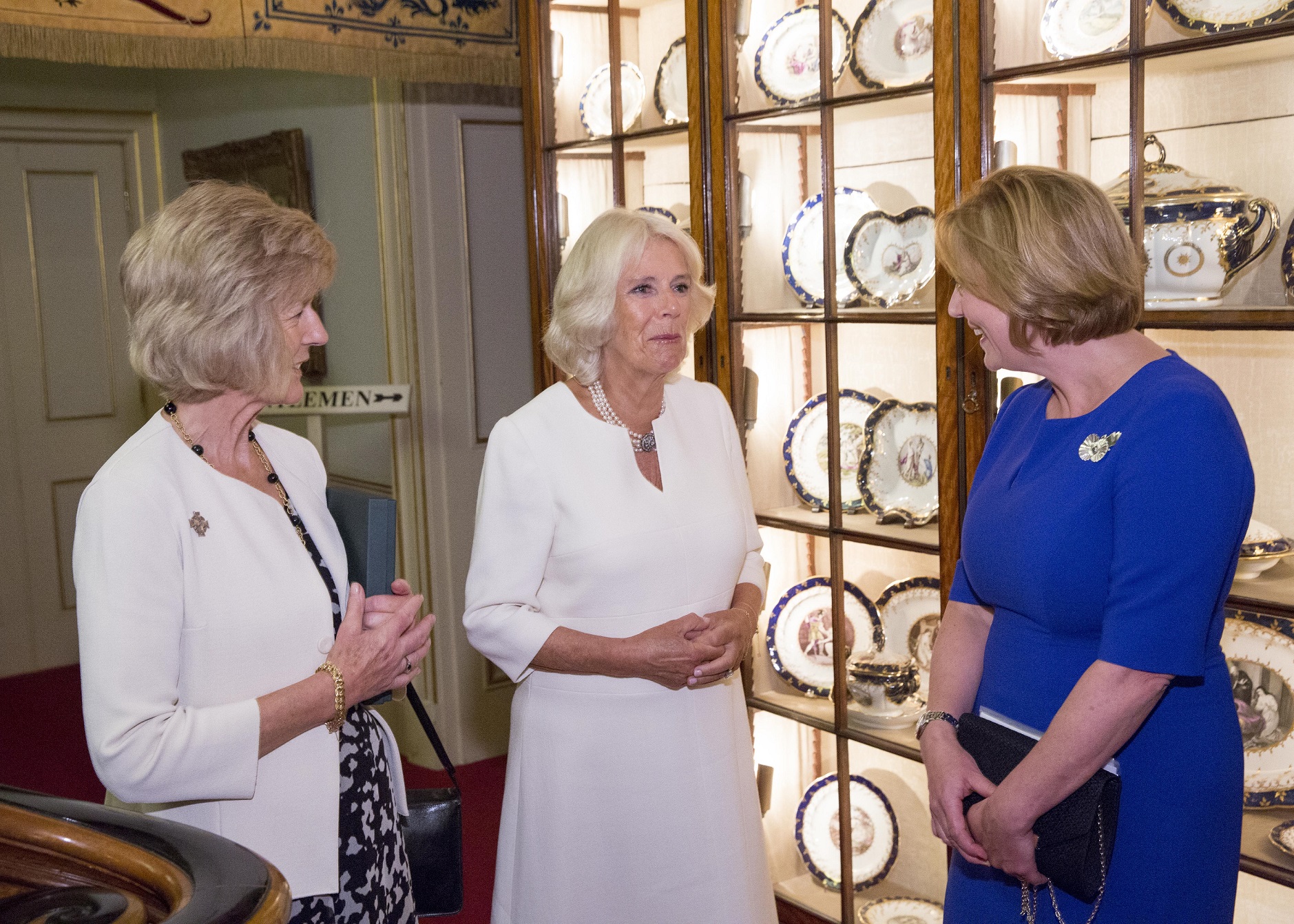 A life of service

Alongside her work for The Poppy Factory, Sara has enjoyed a busy and productive life fulfilling a number of different roles. She served as a magistrate for over 25 years, which she said “gave a great framework to my life”.

Sara has also been a Commissioner of the Commonwealth War Graves Commission, National Vice President of The Royal British Legion Women's Section, Chair of The Falkland Families Association and Trustee of the Falkland Island Memorial Chapel at Pangbourne. For what she modestly called 'these bits and pieces' of charity work, she received a CBE. She also served as a Deputy Lieutenant for Wiltshire.

Despite having led such a full and productive life, it is clear that the loss of H and others who died in the Falklands conflict has always resonated strongly for Sara and will continue to do so.

Speaking earlier this year, she said: “This year has been a particularly poignant one which began with a service of Remembrance at the Falkland Islands Memorial Chapel at Pangbourne.  I find it particularly heart-warming that people are so keen to remember those who died in the conflict after all this time.” 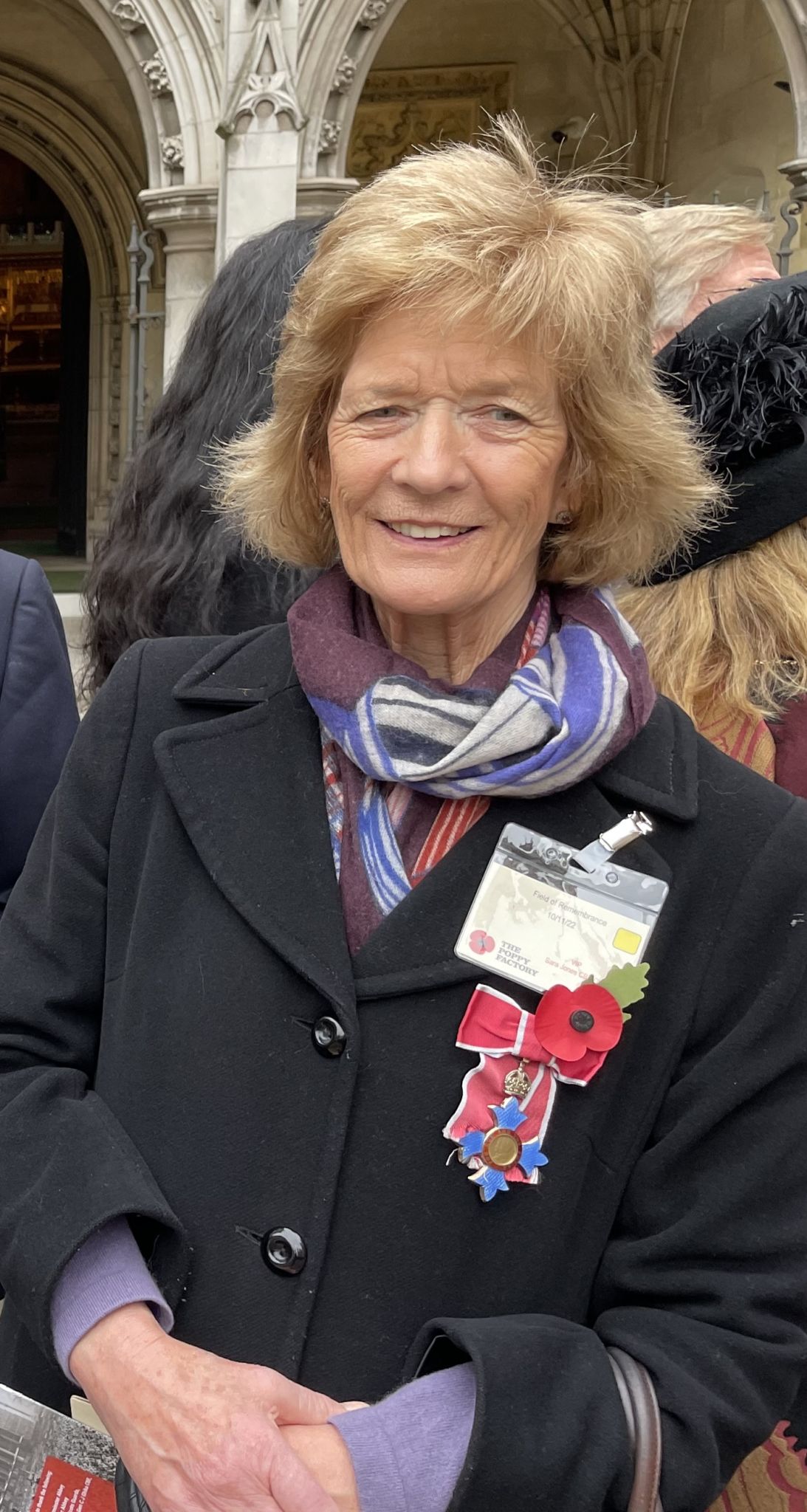