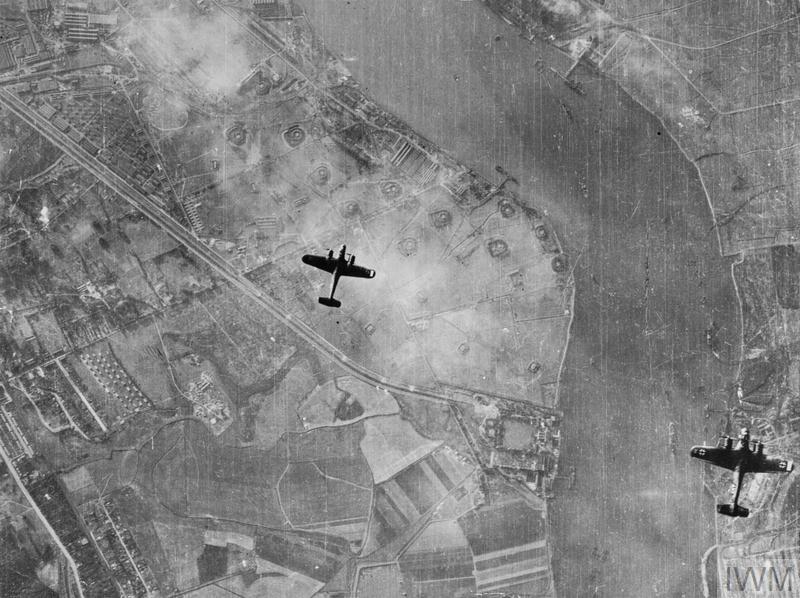 Families have always been vital to the life of The Poppy Factory, ever since the first generation of production workers moved with their wives and children into purpose-built flats on our Richmond estate. Tragedy struck this community on 29 November, 1940 when a German bomb fell on an air raid shelter, killing five women and three children. It was the worst disaster in our history.

November is a significant month for The Poppy Factory in more ways than one.

Our role in upholding the Remembrance tradition is well understood, with attention rightly focused this time of the year on the efforts of our production team in creating wreaths that are laid around the world, in memory of all those who have died in service.

Less well known is a particular tragedy that befell the factory community in November 1940, as German bombers carried out devastating raids across west Middlesex and northern Surrey. The attacks claimed the lives of 98 civilians in Richmond, injured hundreds more and caused damage to thousands of buildings. On the night of November 29, one of the bombs struck the factory’s air raid shelter in Richmond Hill, killing five women and three children.

Among the victims was Lucy Reddings, aged 40, whose husband William worked at the factory, alongside three of their four children – Gwendoline, aged 14, Pamela, aged 11, and John, aged seven. Ethel Lomas, 53, wife of production worker Henry, was killed with their only daughter, 21-year-old Ivy. Alice Morey, 43, and Edith Stuckey, 42, wives of factory workers Henry and William, also died. All lived in the flats built for the community in Richmond Hill.

The true devastation of the night of November 29, 1940 was captured in a letter by the long-serving Secretary of The Poppy Factory Cyril Howe, in December of that year. In a letter to Colonel William Coldstream, one of the factory’s council members, he wrote:

“On the night of 29 November – whether by pure chance or by definite design I suppose we shall never know – Richmond and Twickenham received an attack which, though of course on a smaller scale, was almost Coventry-like in its intensity.

“The usual procedure was followed, flares, followed by showers of incendiaries, and then the high explosive, dropped on, or directed at, the areas lit up by at least eight large flares, once of them outside our flats on Richmond Hill where a gas main had been hit. Seen from the Factory roof it looked as though the whole of the centre of the town was on fire, I shall never forget it…” 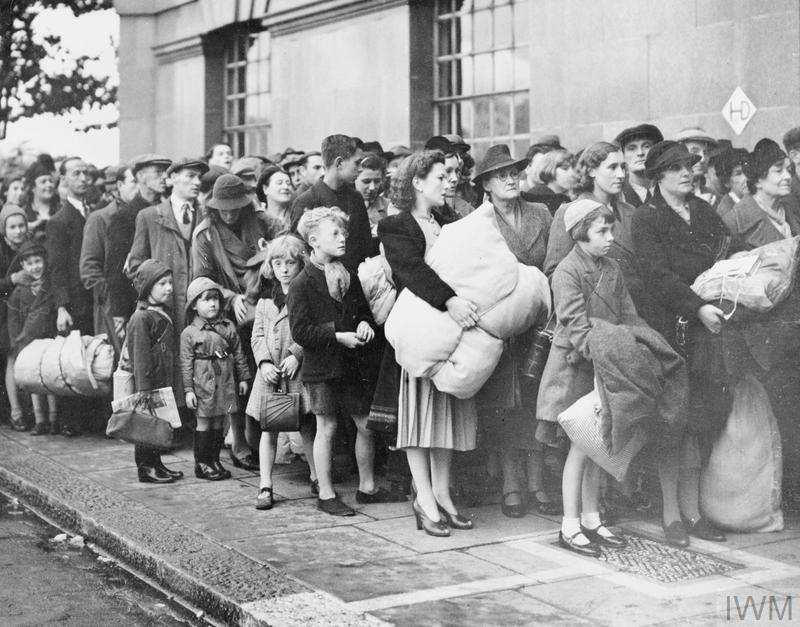 The factory itself somehow escaped damage, but Cyril described how a cluster of high explosive bombs dropped on Richmond hill, with one falling directly on to an estate shelter, next to the community bowling green.

Cyril wrote: “Even now I find it difficult to write coherently of all that happened that night as I confess I am beginning to feel the reaction, both physical and mental. Owing to the number of other ‘incidents’ we were unable to obtain the help of an outside rescue for over two hours so we just had to set to work ourselves and by the time the official rescue party arrived we had got out five bodies.

“Of the eight who died only one, a boy of eight, was got out alive, and he was badly injured and died in hospital the next morning. One other, a girl of sixteen, was also rescued after being trapped with her feet wedged under a concrete slab for some hours, and she, I am glad to say, is now doing well in hospital. In fact, by a miracle, she was only slightly injured in one foot and was wonderfully brave while being rescued, though I’m sorry to say her mother was among those killed.

“….. It fell to me to break the news early the next morning to the bereaved husbands and fathers, to assist in the subsequent identification of the bodies and to help arrange the funerals. To add to my worries my own flat had been severely damaged that night by a bomb that had fallen immediately opposite and had brought down three houses and I did not know this until the next morning when I went up Richmond Hill, dead tired and filthy with clay, only to find my road closed and evacuated owing to the presence of a second bomb that had not exploded.”

Cyril noted how the tragedy was compounded by three further deaths that night – a factory worker named George Cruse who was killed in the street while walking home, and the wife and daughter of another worker, Green, were killed at their home in Twickenham.

He concluded: “Our only satisfaction is that we did all that was humanly possible and that, apart from the small boy and he was unconscious, all must have died instantaneously.”

The Blitz that had begun in September would continue for many months, and the Second World War for another five years. When the war was finally over, the widowed Henry Lomas met Princess Elizabeth – later Queen Elizabeth II – and Princess Margaret during their first visit to The Poppy Factory in 1946. (pictured)

With thanks to the Imperial War Museum for archive photos of London during the Blitz. 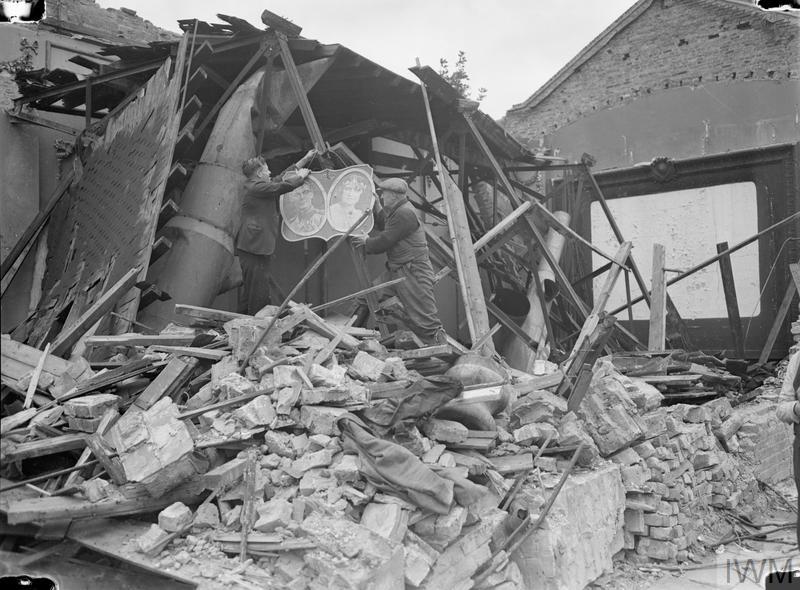 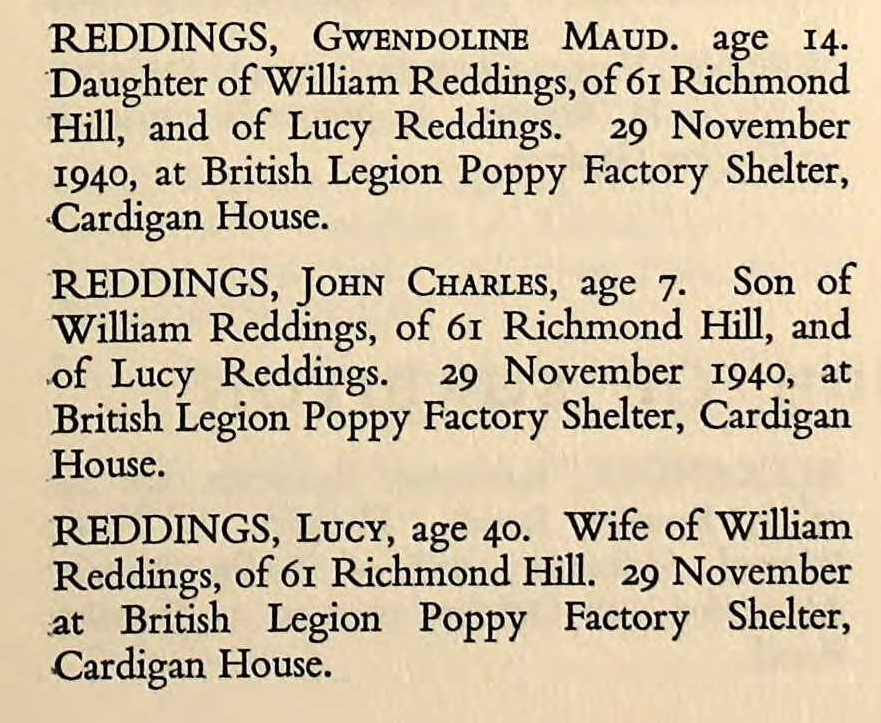 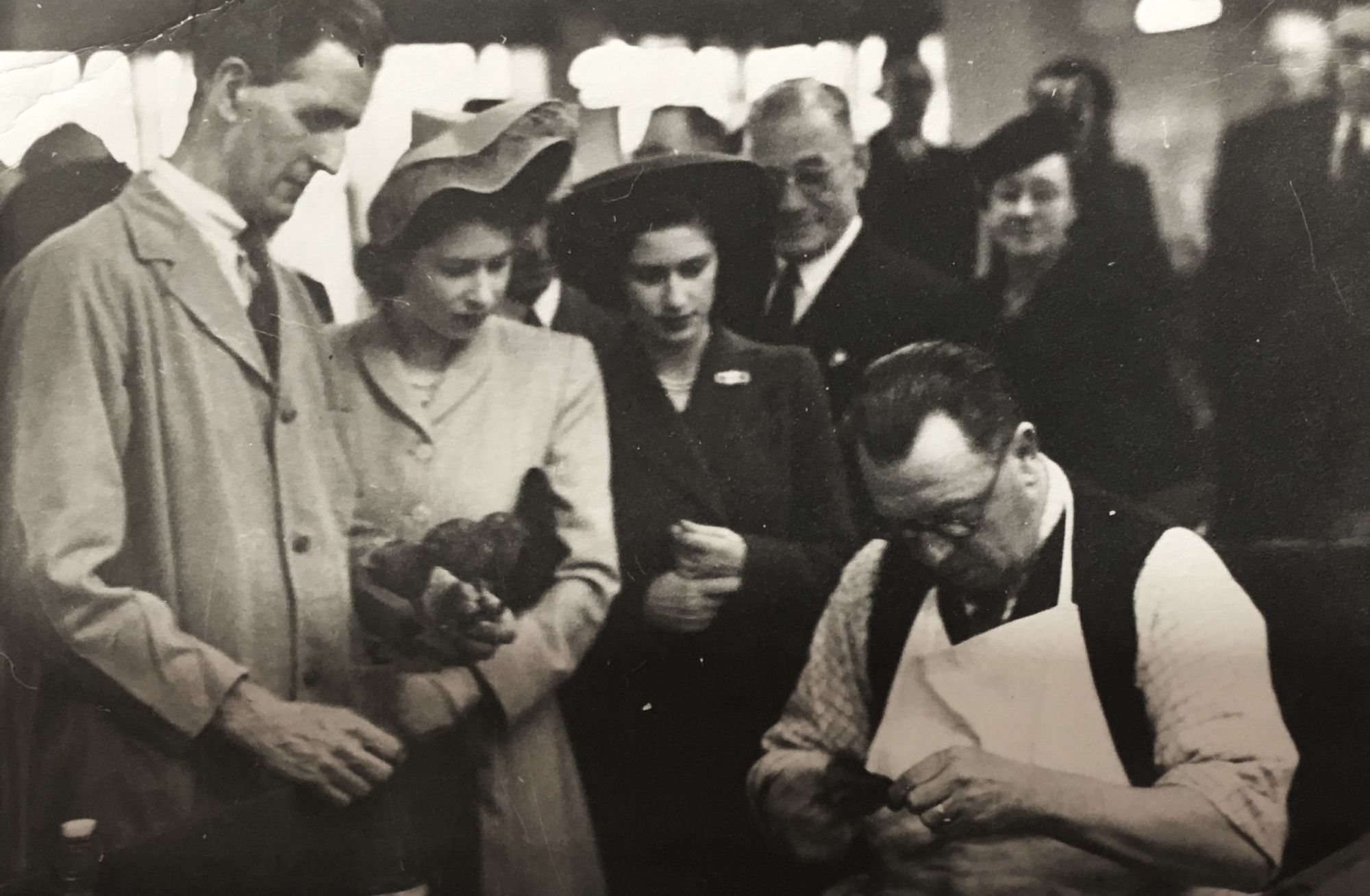