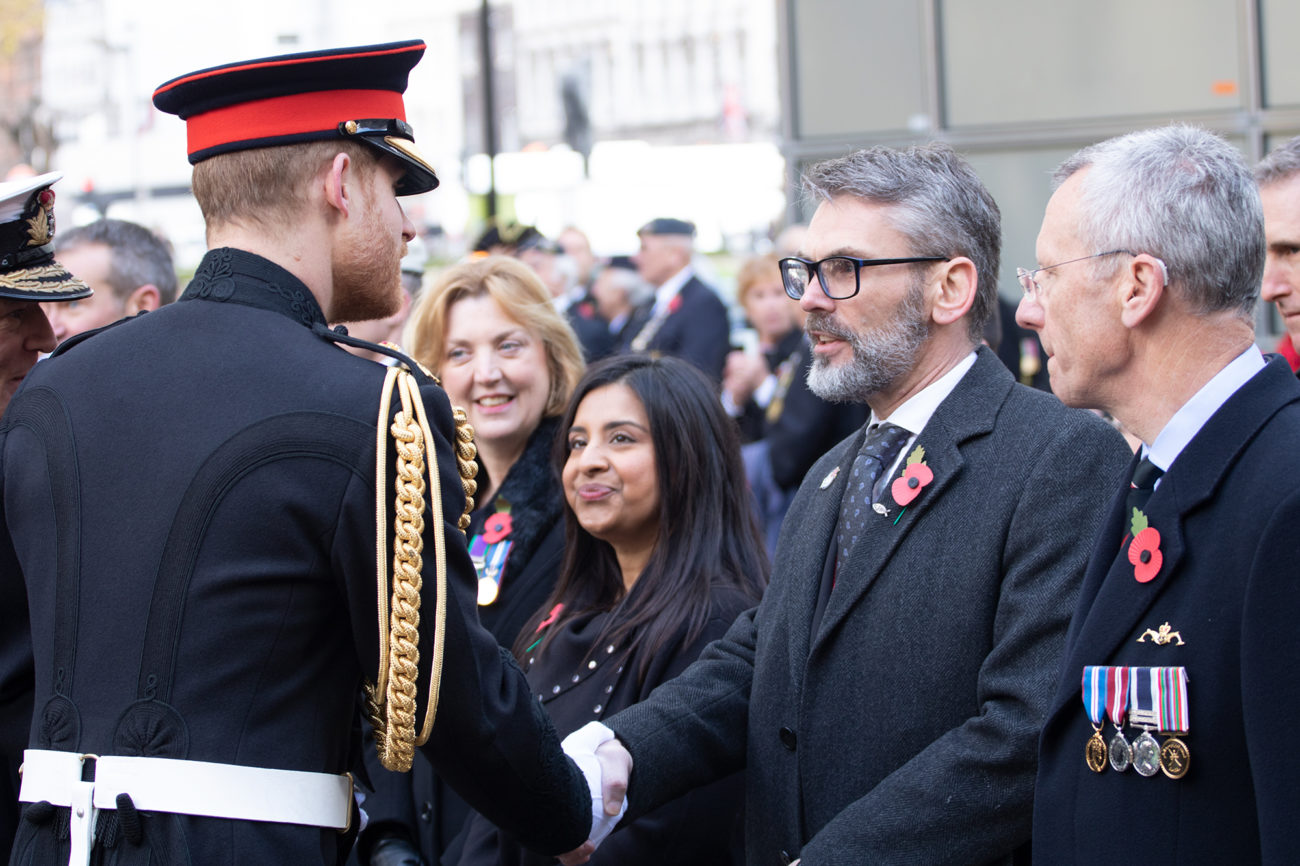 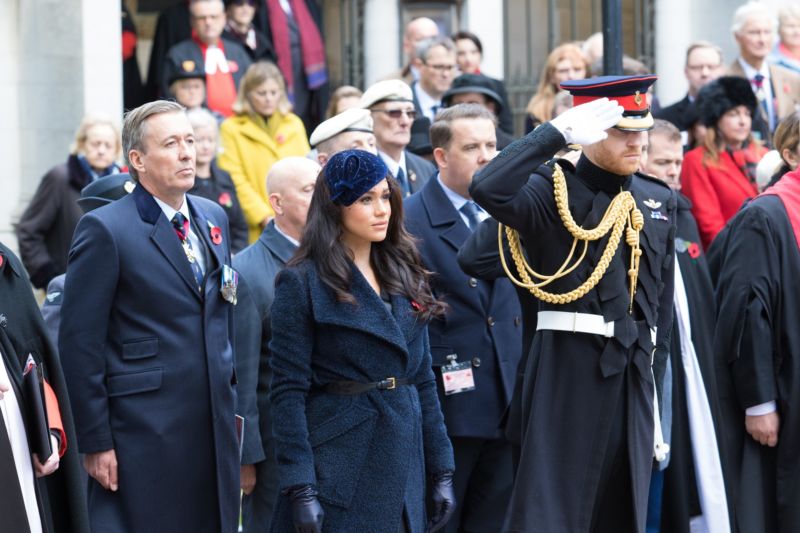 The opening ceremony of The Poppy Factory’s 91st Field of Remembrance at Westminster Abbey was today (Thursday, November 7th) attended by Their Royal Highnesses The Duke and Duchess of Sussex.

Thousands of wooden crosses and symbols have been planted at the Field in tribute to all those in the Armed Forces who have lost their lives. Veterans of the Normandy landings were among those present at this year’s ceremony, which follows the 75th anniversary of D-Day.

The Field at Westminster Abbey has been organised and run by The Poppy Factory since 1928. It is formed of 378 plots laid out with more than 60,000 Remembrance symbols, made by the wounded, injured and sick veterans and dependents of veterans who work year-round at the factory in Richmond-upon-Thames.

Crosses and symbols of all faiths and none are planted on the North Green of the Abbey according to the names of military organisations and associations. Most bear a poppy and include a hand-written message from family, friends or comrades.

Alongside its continued commitment to Remembrance, The Poppy Factory works to transform the lives of veterans with mental or physical health conditions throughout England, Wales and Northern Ireland. More than 1,250 wounded, injured and sick veterans around the UK have been supported back into meaningful and sustained employment in their communities by the charity since 2010.

“We are honoured to have The Duke and Duchess of Sussex join veterans for the opening of the 91st Field of Remembrance.

“It’s a privilege to attend the Field of Remembrance service especially on what has been a huge year marking D-Day 75. Returning to Normandy with The Royal British Legion for the Anniversary was a real honour. It was really important for me to be here today to remember together all those that served and sacrificed from across the Commonwealth and Allied Forces as they helped to liberate France in 1944.”

The Field of Remembrance was started in 1928 by the founder of The Poppy Factory, Major George Howson MC, together with a group of wounded ex-Servicemen at St Margaret’s Church. They gathered around a wooden cross taken from a battlefield grave of an unknown British soldier and invited passers-by to plant a poppy around a wooden cross.

The Field of Remembrance will stay open until Sunday 17th November and members of the public are invited to lay their own crosses. Proceeds from the Field are given to The Royal British Legion’s Poppy Appeal.