Skills and values developed in the military are essential for good performance in the wider working world, according to new research published in Armed Forces Week by veterans’ employment charity The Poppy Factory.

Communication and team work were the highest-rated workplace skills in the survey of more than 2,100 UK adults, with organisation and problem-solving also in the top five. All of these skills are cited by the Ministry of Defence as being typical of veterans who are transitioning to the civilian world after leaving the Services.1

Other attributes including I.T. skills, commercial awareness, networking and creative skills, were seen by fewer members of the public as critical when it comes to performing well at work.

The Poppy Factory, which supports veterans with physical and mental health conditions back into employment, also asked people to choose which values they believe are most essential for success in the workplace.

Respect for others – a core value of the British Army – was the top-rated workplace value, with three quarters (75 per cent) of those surveyed saying this is essential for success. Integrity, discipline and loyalty were also key Army values that members of the public placed in their top five.2

Fewer members of the public viewed other values, including kindness, optimism, openness and curiosity, as important for success at work. 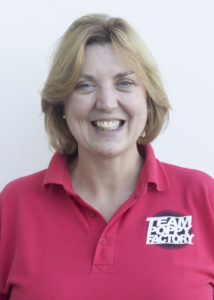 Deirdre Mills, Chief Executive of The Poppy Factory, said: “This survey shows that men and women who have served in our Armed Forces develop a wealth of skills and attributes that can benefit every kind of employer.

“The veterans we support back into work in communities across the UK often do not realise their value and part of our role at The Poppy Factory is to help them understand the incredible skills and experiences that they have to offer.

“With the right support, mental and physical health conditions should be no barrier to meaningful and sustained employment beyond the Services.”

The Poppy Factory supports around 300 veterans back to work each year, such as former soldier Will Davidson, who developed post-traumatic stress disorder after serving in Northern Ireland. He was supported into work as a HIAB HGV driver at Travis Perkins in Northampton after The Poppy Factory helped him focus on his own skills and employment needs. 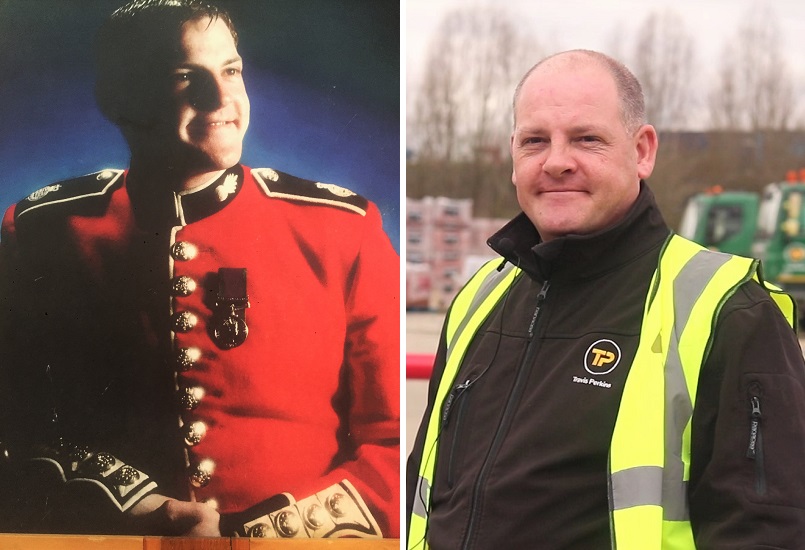 (Photo: Veteran Will during his Army years, who was supported into work at Travis Perkins)

“I met Rebecca, my Employability Consultant from The Poppy Factory, at the end of 2017. I nearly didn’t go, but she was really relaxed and made me feel that this was going to be something really positive. It was great to build a rapport with her and do things gradually, so that when I did find a job, I’d be able to stay in it.

“She worked tirelessly to secure a job for me at Travis Perkins and eventually it worked out. My working hours really suit me and I’m grateful for all the support I have from my colleagues and Branch Manager.”

Craig Melvin, Specialist Recruiter – Workforce with a Difference at Travis Perkins, said: “Veterans like Will possess the skills and work ethic that our businesses and branch network can benefit from. The challenging and often hostile environments that veterans are expected to work in during their time in service ensures that they are able to adapt to new situations with ease. They will be loyal, hardworking team players and possess high levels of integrity, all attributes that are highly desirable across all functions of our business.”

Nigel Bastick, Branch Manager at Travis Perkins in Northampton, said: “If you take on a veteran like Will you are taking someone on who has good life experience, and someone who has probably worked in a routine-focused and disciplined organisation. Why wouldn’t you? It’s a perfect fit for our business.”

Global investments company BNY Mellon, which supports The Poppy Factory, gave its backing to the research.

Eric Warren, Chair of BNY Mellon’s EMEA Veterans Network, said: “At BNY Mellon we value the skills that veterans bring to our workforce. Each individual is different, but those who have served in the Armed Forces tend to have attributes that are valuable to any business. Communication, team work, organisation and problem-solving are all vital for success in our sector, and these skills are second nature to most veterans. Military values such as integrity and respect for others are just as important. For those who possess these qualities, a physical or mental condition should be no barrier to success.

“We support The Poppy Factory’s mission to ensure that wounded, injured and sick veterans are able to use their transferable skills to benefit employers across the UK.”

For more information please contact Dan Hodges at The Poppy Factory in 07496 645 869 or email danh@poppyfactory.org

The survey was carried out online by YouGov on behalf of The Poppy Factory on June 11th and 12th 2019. Total sample size was 2,104 UK adults. The figures have been weighted and are representative of all GB adults (aged 18+).

1. Members of the public were asked to choose which of 10 skills are essential to perform well in the workplace. This included five of the key skills of veterans listed by the Ministry of Defence Career Transition Partnership (highlighted here in bold). Options were offered in random order. Respondents ranked the skills as follows, with percentages showing the proportion who selected each option:

2. Members of the public were asked to choose which of 10 values are essential to be successful in the workplace. This included five of the core values of the British Army (highlighted here in bold). Options were offered in random order. Respondents ranked the values as follows, with percentages showing the proportion who selected each option: