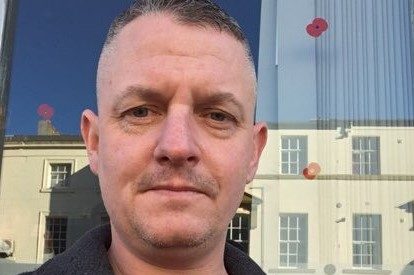 After leaving the Army, Michael Murphy, 40, was hit by a series of family tragedies and went through a very difficult time. With employment support he was able to find a home and a new job as a long-distance HGV driver, and he is now feeling much more secure and positive about the future.

Michael said: “I joined the Cheshire Regiment in 1999 when I was aged 19, and I served in the Falklands, Jordan, Northern Ireland, Canada and Iraq.  We didn’t have a great time in Iraq, we lost a couple of lads and it was quite hairy at times.

“When I left the Army in 2006, I was married with a couple of kids already and I just thought it was time to settle down. I worked as an NHS hospital porter for 12 years, then things took a turn for the worse. We lost our last baby through cot death. It had a huge impact and my wife and I ended up splitting up.

“Two years after my daughter passed away, my dad also passed away from cancer, aged 62. I tried to take it all on the chin and carry on. I got my own flat and I felt like I had my own way of coping. Then my mum died of cancer too, at the age of 59. That was the nail in the coffin for me. I lost my job because of poor attendance, because I couldn’t face working in the hospital.

“I went into self-destruct mode and had a really bad time. At one point I was homeless, jobless, living in my car and mentally not in a good way.

Finding a way out

“Eventually I got in touch with The Poppy Factory because I was applying for jobs in Birkenhead and I felt like I needed some help. Lynne, my adviser, helped with my CV and approached employers who might have opportunities. 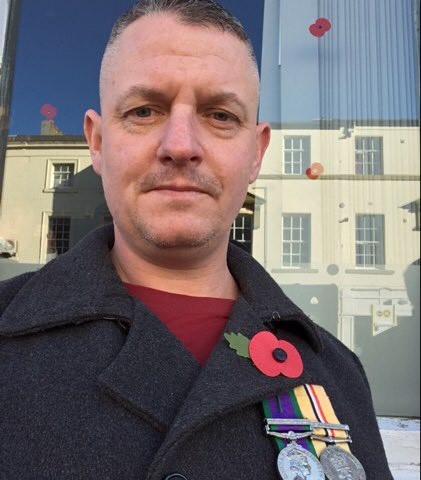 “I was homeless with housing arrears of over £1,000 and Lynne went to SSAFA and The Royal British Legion, who cleared my arrears. She also contacted my local MP, Mick Whitley, to put my case. He got in touch with a local housing association, who were able to give me a three-bedroom house because I recently had a baby with my new partner.

On the road again

“A job came up on Indeed for an HGV driver delivering chilled chicken to the big supermarkets. I started work in March 2020 and I recently passed the six-month probation. It’s long distance, but if you’re happy with your own company, it’s a great job.

“I’ve been so fortunate to be able to go from how things were to how they are now. I’m in such a good place. Without the help from Lynne and the team, this could never have happened. If there are veterans out there who are struggling or just need a bit of support looking for work, The Poppy Factory can really help.”