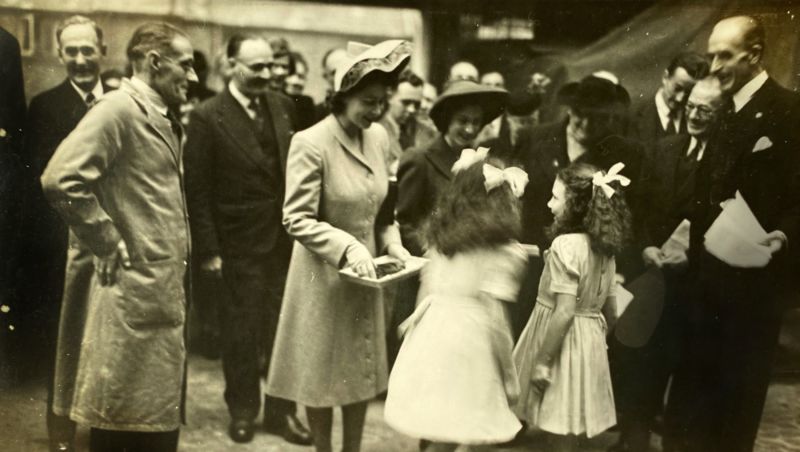 Our relationship with the Royal Family has endured throughout the years and is very poignant in our history. The Queen has visited us several times, the first time in 1946 as Princess Elizabeth. Since then we’ve had many Royal visits to the factory and the annual Field of Remembrance.

The longevity signified by The Queen’s Platinum Jubilee is particularly resonant in our own centenary year. Our visitor centre not only showcases our 100 year history but also the role the Royal family and the Queen have had in supporting us throughout.

“On behalf of everyone at The Poppy Factory, I have the honour to congratulate Her Majesty The Queen on her Platinum Jubilee. We are deeply honoured to have had the support of Her Majesty for much of our own 100-year history, ever since her first visit as Princess Elizabeth in 1946.

“We are proud to continue the craft of producing Royal and regimental Remembrance wreaths by hand at our factory in Richmond-upon-Thames, including those laid every year at the Cenotaph. And we are proud that even as our employment service has evolved to meet the changing needs of veterans with health conditions across England and Wales, we have retained such an enduring connection to Her Majesty and the Royal Family.” 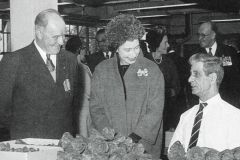 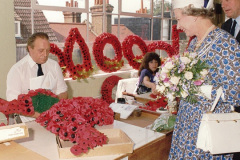 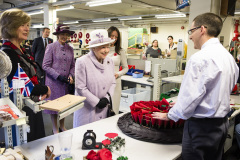 Memories of meeting Her Majesty 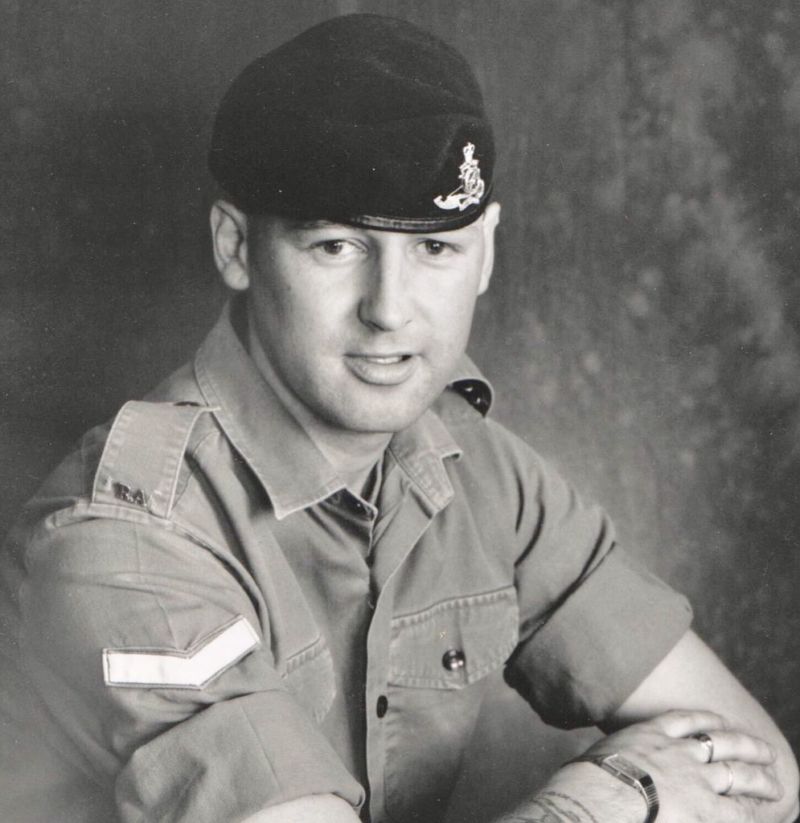 Our Employment Coordinator, Shaun Johnson, has met The Queen numerous times, the first in 1967 when he was a young boy, on her visit to the army barracks in Malta.

“I was all excited, we were in the army barracks, my dad’s barracks at the time”, Shaun tells us.

“I was only a kid; I still remember clutching the little flag as one of the flag wavers.

“What was so special about that first encounter was that you always thought she was looking at you, I remember thinking she just looked at me right in the face she must know who I am.

“She was standing at the back of a vehicle with Prince Philip as we waved our flags and she looked.”

The Queen visits the Royal Regiment of Artillery in 1984

Shaun joined the Royal Artillery in October 1983, in April 1984 he left basic training and got posted to Lipstadt, West Germany, to join his parent unit, 27 Field Regiment Royal Artillery.

On the 23rd May 1984 he met The Queen in Dortmund, when she went to visit the Royal Regiment of Artillery.

“We all rehearsed for weeks before she visited, all the artillery equipment, gunnery and drill were put into absolute precision”, he says.

“All the artillery guns were all on the sports field in lines facing each other. The barrels were elevated to form an arch and she drove through it.

“On the day she visited it absolutely smashed it down with rain, that equipment weighs tonnes and they’re mechanised on tracks.

“You can imagine what the pitches looked like once everyone got the kit off, sludge and filth everywhere!”

While there as a young soldier, Shaun was placed as the waiter for The Queen’s table.

“I got lemoned, that’s what we used to call it when you got forced to do something, young lads got those sorts of duties until you found your place in the ranks and you were a senior soldier”, he says.

“I’ve done two tours of duty and they were challenging, but I was never more terrified than serving on that top table.

“Trying to keep a wine bottle still when you’re pouring it with ten minutes rehearsal of how to pour wine in a very particular and rehearsed way… of course, I was shaking with it!”

Shaun poured the drinks as The Queen sat two seats away, “It must have sounded like a pneumatic drill, as I was shaking the bottle was tapping on the glass”, he says.

“They’re all looking at me and I couldn’t keep my hand still it’s going ding ding ding as if I was trying to say, ‘right ladies and gentlemen here’s The Queen’.

From 1985 he served two active tours of duty in Northern Ireland and was awarded the GSM Campaign Service Medal for his time there. 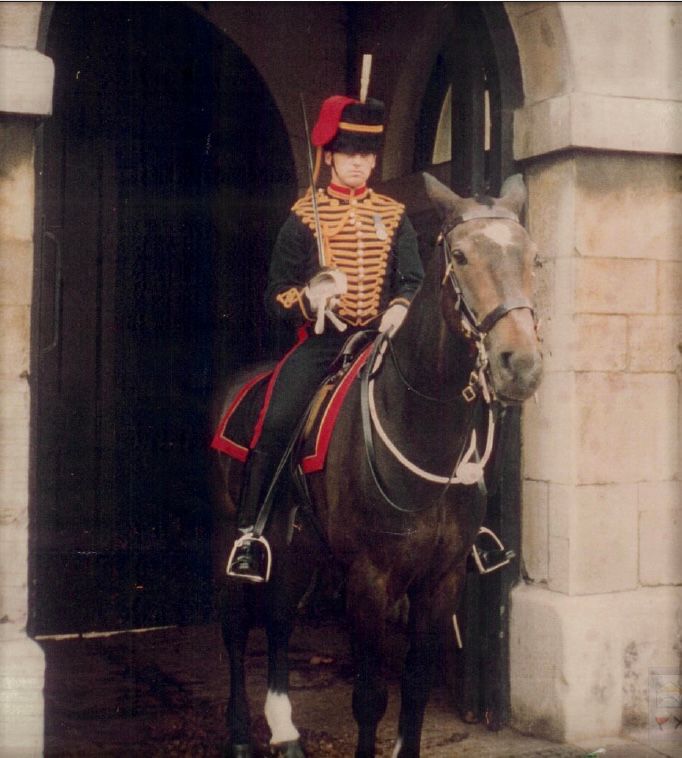 After leaving a combat regiment in 1987, Shaun joined the Mounted Regiment of the Kings Troop RHA to carry out Ceremonial Duties in London.

“When you do ceremonials you’re really close the royalty, you see them all the time”, he says.

“You do The Queen’s birthday parades, rehearsals, they’re in and out your barracks. It becomes second nature because you’re in the household division.”

Shaun tells us she would send a personal message to the soldiers whenever The Queen’s birthday parades went ahead.

“She was always very personal; she’d send a message via the commanding officer to all the guys to say she was extremely proud and grateful for all the effort put into it.”

He says the military are very close to her and there is a strong bond between them.

In October 1994 Shaun left the military with a crush injury.

In 2009 he joined The Poppy Factory, working as an Employment Coordinator, the first port of call for veterans with health conditions who are registering for employment support.

Shaun saw The Queen again when she visited the factory in 2012, “I spoke to her; it was like seeing an old friend again”, he says.

“That experience just affirmed that she does her groundwork, she knows all about The Poppy Factory as the home of supporting veterans and making the royals wreaths.