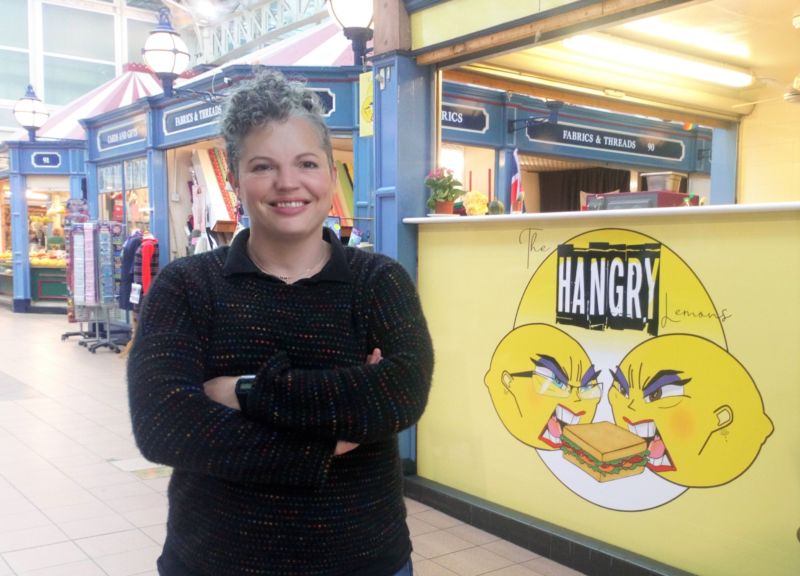 Former Army mechanic Holly served for seven years in the Royal Electrical and Mechanical Engineers. After leaving the Forces she struggled with her mental health and found it hard to stay in a job. When Holly took over a cafe in her home city of Carlisle, The Poppy Factory provided support and helped her apply for funding from ABF The Soldiers’ Charity.

“When I joined the Army I was based with the Queen’s Dragoon Guards at Catterick. I was the first woman in the squadron doing what was thought of as a man’s job. I was only 19.

“I grew up in the Forces and it was hard work. I went to Canada and Norway and in 2003 we were sent to Iraq. Taking incoming fire was pretty intense. Then in 2006 I was posted out to Germany. It didn’t suit me, so I signed myself off and moved back home.

“At 28 I went the University of Lincoln to study sport and exercise science. I tried out as a cheerleader and immediately found something that I’d been missing. But then I landed badly in training, broke my back and neck and had to have spinal surgery.

“I’d been diagnosed with depression during service. In the civilian world my mental health was all over the place and I came close to being homeless. I needed looking after, so I came home to Carlisle.

“Eventually I was diagnosed with borderline personality disorder, which affects how I form relationships with other people. It enabled me to make sense of everything I’d experienced from an early age.

“Because of my mental health, I haven’t been able to maintain a job. I’d tried lots of different things but nothing had worked out, and I thought – this can’t go on.

“I found support from my community mental health team and things started to get better. The Poppy Factory kept being mentioned so I got in touch and my adviser, Jayne, was brilliant.

“I’d worked as a private chef and people kept telling me that my food was outstanding. I didn’t believe them but they kept saying it. Then I saw that there was a café up for sale in Carlisle Market. Although it needed updating, my wife Hannah and I decided to buy it. We called our café The Hangry Lemons.

“With Jayne’s support I decided to apply for some funding for a kitchen refit from ABF The Soldiers’ Charity. To my surprise the funding came through and everyone was so helpful.

“The café is such a secure space and Hannah and I absolutely love working together. Being my own boss really helps me. If I need to chill out to calm my brain down, I can just go and sit in the car for an hour. You can’t do that with a normal job.”