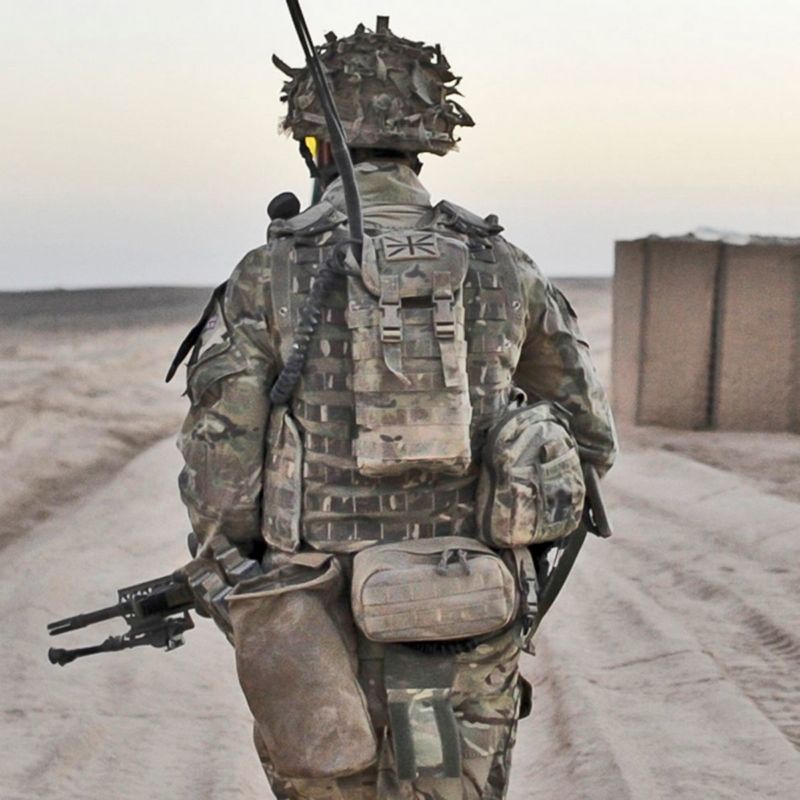 Greg served in the Army all over the world, rising to the rank of Warrant Officer Class 2. Witnessing injuries in Iraq took a toll on his mental health. Now, with support from The Poppy Factory and the Lincolnshire High Intensity Service Team, Greg is enjoying new success as Operations Manager at an eco-friendly packaging company.

Greg said: “When I was 17 I moved from Glasgow to London to join the Army. I’d always wanted to join and was really excited to get stuck in. Not long after, I went on my first tour in Northern Ireland, which was scary. Luckily, we didn’t lose anyone.  Shortly afterwards I trained for the Gulf War. Although I didn’t go in the end, it built my confidence.

“At 21 I was put on a Commando course, which was tough. It really tested me, and I was so pleased to pass. I was the youngest person in the class and the kit I had to carry was heavier than me.

“Then in 1997 I was sent back to Northern Ireland. I was in a more senior role leading a small team. Things worked out OK and in the years that followed I went all over the world to train in Norway, the US, Borneo, Oman, and Cyprus.

Impact of service in Iraq

“My final tour was in Iraq. That was a tough tour and I saw a lot of injuries. Not just soldiers but civilians too, it was very hard to process. I became hardened to the sights I was seeing, there was so much of it around, it almost became normal. My coping mechanism was to block it out. I started having nightmares and I left the Service a couple of years later. I felt it was time for a different challenge.

“I managed to get a job in the civilian world as a production shift manager but unfortunately after 10 years it didn’t work out the way I hoped. I felt like an outsider, something I wasn’t used to feeling. In the Army you’re a team and you look out for each other. That started to affect my mental health, so I decided to resign.

“I wasn’t in a good place after I’d resigned. I’d never been unemployed before and I couldn’t see a way forward. The Lincolnshire High Intensity Service Team and The Poppy Factory helped me to see things differently. They helped me get my confidence back and focus on taking small steps. My overall wellbeing improved, and I started to process the things I’d seen in service. Instead of blocking it out, I learnt how to deal with it and move forward.

“Zarah at The Poppy Factory was unbelievable, she helped me get through it. I felt like I was part of a team again. Zarah would call me on the phone and over video and we’d discuss my CV, cover letters and anything that was bothering me. It really built my confidence and help me get back on track. I couldn’t have done it without her.

“Zarah helped me get a job as an Operations Manager at an eco-packaging company, and I really enjoy it. We make fish boxes for export to Europe and North America and we make tree shelters, the beauty of this is the material is 100% environmental friendly & 100% recycled. I feel like myself again and I can see a future for me and my kids. None of it would be possible without the support I received.”