Fundraise
Every penny you raise for The Poppy Factory goes towards supporting veterans with health conditions get into civilian jobs in their communities.

By organising your own fundraising activity or taking part in an event, you’ll be helping us raise funds for our veteran employment service, Getting You Back To Work, and awareness for The Poppy Factory. Our friendly fundraising team have got lots of ideas to help you get started, including:

Vicki served as a Staff Sergeant in the British Army for 22 years. In 2016 she was diagnosed with post-traumatic stress disorder (PTSD) and struggled to adapt into a new job in the civilian world. But with support from Kirsty, our expert Employment Consultant, Vicki is now enjoying a new logistics role in an international shipping firm.

“Joining the Army was the best thing I did and I have no regrets. But I saw a lot more than I was expecting to and I dealt with a lot. When I was discharged, my PTSD really affected my confidence and lots of little things as well, like having to choose what to wear, as life in the Army had been simple.

“Just picking myself up and asking for help was a massive thing. The support from The Poppy Factory kept me going. They invested their time in me and I didn’t want to let them down. Kirsty has been an absolute star.” 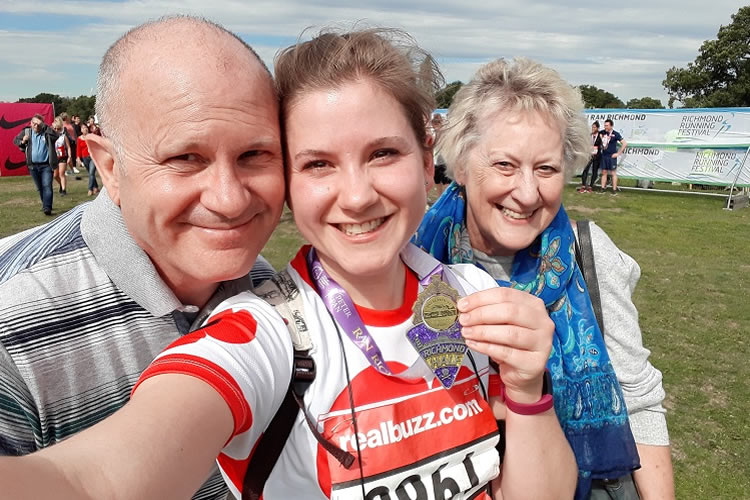 Amanda
In 2018, Amanda ran her first half marathon in Richmond’s RunFest event in London. Amanda completed the challenge in memory of her grandad, Michael. “My grandad truly believed in the life-changing work of The Poppy Factory in supporting ex-Service members find careers. So I am raising some money in memory of my Grandad and family to support a cause close to his heart.” Amanda said. Jonathan
Jonathan set out on a challenge of a lifetime, cycling over 300 miles to France to visit his Great Uncle’s war grave marking a century since his death. “In all, I cycled four long days to Charles’ grave at Montay British Cemetery in France. It was a tiny thing to do, but in doing it, I wanted to raise money for those in our modern day who need it.” Jonathan said.
Contact us today