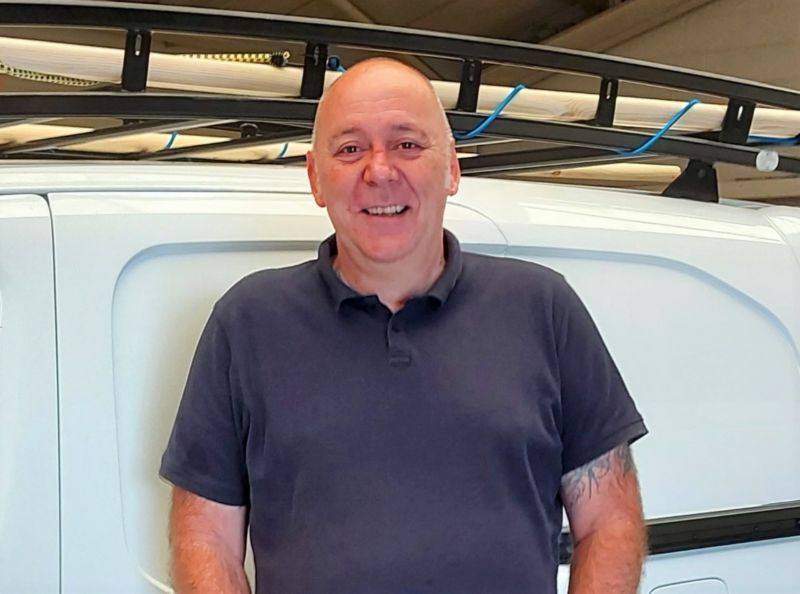 A combination of health conditions and low self-confidence left former soldier David struggling to see a way back into employment in his 50s. After his GP referred him for employment support from The Poppy Factory, David is now proudly back on the payroll with a rewarding new job at Wirral Borough Council, fitting home adaptations for residents who – like him – need a little more support.

Searching for the right direction

David said: “I served in the Army in the Royal Anglian Regiment between 1983 and 1989, including in Northern Ireland. When I left at the age of 25, it just felt like I’d been dumped back into the civilian world. There wasn’t the support in place that there is now and I had no help from anyone.

“I had no idea what to do with my life and I just floated around for a while doing all sorts of jobs. Then I became a gas engineer and did that for about 10 years, but there was a lot of pressure on me. A couple of years ago I was diagnosed with dyspraxia, which affects my physical coordination. I also found out I’m likely to be dyslexic. It made it difficult to do some parts of the job and I didn’t feel my manager was very understanding.

Support through the NHS

“I was being treated by the NHS for sleep apnoea, high blood pressure, mental health and other conditions, and I felt like I was on the verge of a breakdown. Then one of the employment support team from The Poppy Factory came and gave a talk to a group of health professionals, and my GP told me about it, so I got in touch.

“At first I felt very negative about finding a new job and I didn’t know how to go about it. But then new medication calmed me down, and I was able to look at life a bit differently.

“I went to see The Poppy Factory’s employment consultant, Andrew, a few times at The Stein Centre on The Wirral and things quickly started to happen. He helped me to stop worrying. Then he applied for funding from Armed Forces Bikers to get me a laptop. I’m not very good with technology so Andrew set it up for me and made it easy for me to get online, read emails, and find my way around. He worked with me to think about my CV and the skills that I have. It’s a good job he did, because I ended up having an interview online two days later. Andrew set up a mock interview with me to make sure I felt comfortable using all the technology.

“The real interview only lasted 15 minutes. I thought I hadn’t got it. So when I had a phone call soon afterwards to say I’d got the job, I was surprised and really pleased. I’d had no income at all for two years and had cashed in my pension, which had almost run out, so it was a big relief.

Adapting to make a difference

“Now I work for Wirral Borough Council as an Adaptation Technical Assistant, fitting handles and rails for people who have disabilities or have difficulty moving around. I work closely with the occupational therapy team. A lot of older people don’t know they can have this kind of support and it’s very rewarding to be able to make a difference to people’s lives.

“My boss is ex-Forces so she’s very understanding, and she told me I shouldn’t be getting stressed by the work. I don’t feel like they’re putting me under pressure, but there’s plenty for me to do. I just go out each day and get as much done as I can.

“If any other veterans on The Wirral are thinking about asking for employment support, I’d tell them to get hold of Andrew. Also to try the breakfast clubs, where veterans get together and support each other. I didn’t know about them till recently and they’ve made a big difference to me. We’re like a big family, and if you’re having a bad day, someone else will put their arm around you and make sure you’re alright.” 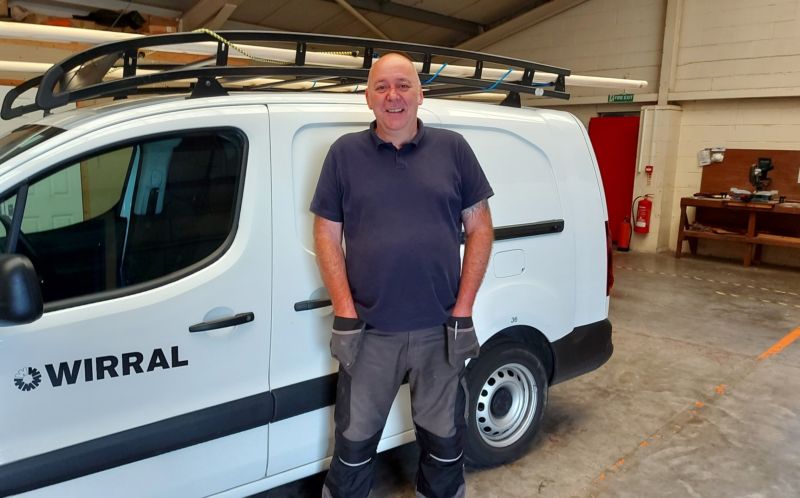 Andrew Pickersgill, Employment Consultant at The Poppy Factory, said: “David’s self-confidence and self-esteem were dramatically impacted by his previous experiences with employers. Initially he wasn’t fully focused on returning to work and felt the barriers would be too great to overcome.

“Following a comprehensive review, I worked with him to identify all of the support he might need to help with everyday life, job searching and applications, and beyond. I obtained funding from the Armed Forces Bikers for a laptop to assist with David’s dyspraxia and dyslexia. A massive thanks to them too for how fast they got the device to David.

“David and I spent time together overhauling his CV and covering letter, identifying key skills and exploring opportunities. I helped him apply for a position with Wirral Borough Council and coached him on using his laptop, setting up emails, video calling, a favourites bar and folders to match his phone set-up.

“David has had all the support he needs from his employer, with everything reported to be going very well indeed. He’s enjoying the work and has been looking forward to his first payday in years.”

Ex-Forces patients on The Wirral who would like employment support can contact Andrew by email at a.pickersgill@nhs.net or visit poppyfactory.org/employment to register.