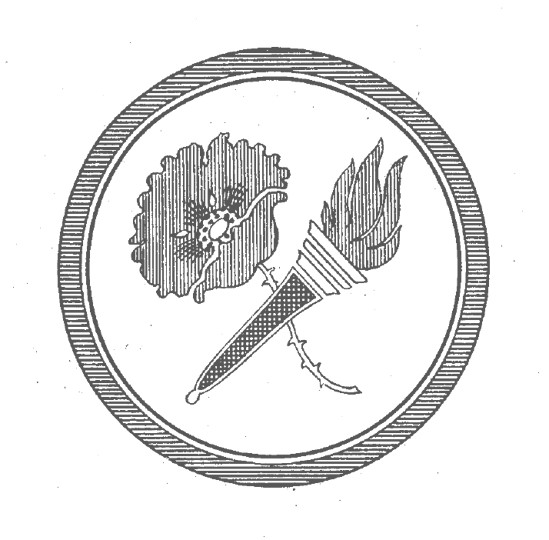 The idea of using poppies as symbols of the sacrifice of soldiers during the war, and as a way to raise funds to support those who had suffered disability or hardship, began with two different women.

Inspired by McCrae’s poem, an American teacher called Moina Belle Michael campaigned in 1918 for The American Legion to adopt the poppy in their fundraising efforts for veterans of the war. The poppy was combined with a ‘torch of liberty’ to create a new badge. But it was not popular.

In France, Anna Guerin wanted to turn the poppy into the symbol of support and remembrance.

She had the brilliant idea to mass-produce artificial poppies from silk and to employ war widows living in war-torn France to make them. Guérin went on to sell poppies in Australia, New Zealand, Canada and Britain.