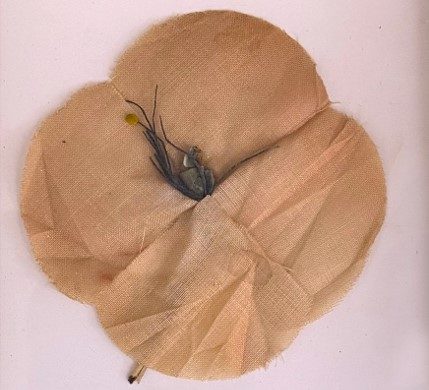 In August 1921, Anna Guérin met with the British Legion to persuade them to buy her silk poppies in time for Remembrance Day that November. For a contribution, people could wear a poppy in memory of a loved one. Funds raised would support the British Legion’s work for veterans. Earl Haig, Britain’s senior commander during the war, liked the idea. A deal was struck and a new tradition was born.

The British Legion ordered 9 million silk poppies from Anna Guérin. They would be worn in return for a voluntary donation. The poppies sold out and £106,000 was raised – £3m in today’s money.  But Earl Haig wanted to find a British supplier of silk poppies.