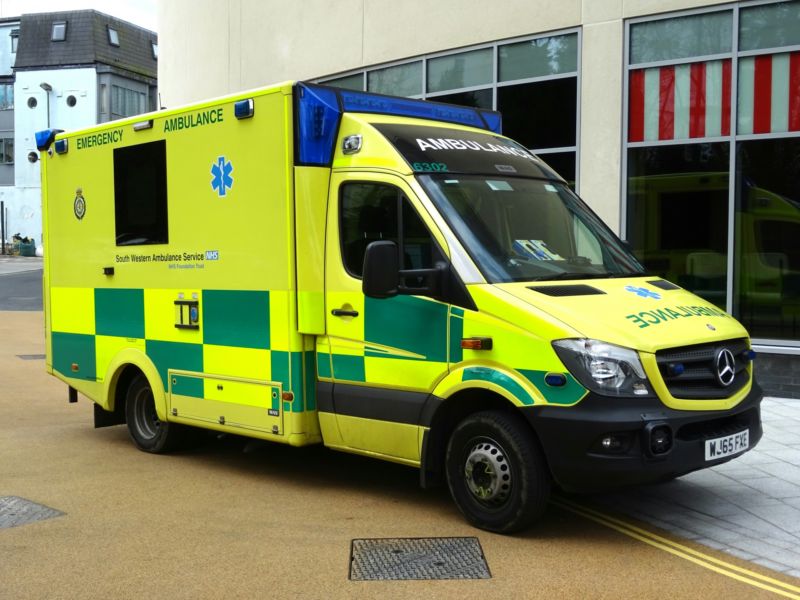 After serving in the Royal Military Police, Bob experienced some difficulties in his civilian career that had a serious impact on his mental health. With support from The Poppy Factory, he made a fresh start as an Urgent Care Assistant with the Ambulance Service. The ongoing Covid-19 pandemic presents personal risks and challenges every day.

Bob said: “In my time with the Royal Military Police I served in the UK, Germany and Northern Ireland. I was in Ireland for a couple of years before the ceasefire and a few months afterwards. That makes it easy to look back on my operational military service in a positive way.

“I’d been unemployed for about four years when I first linked up with Kirsty, my Employability Consultant at The Poppy Factory. I was referred to the charity after being treated by Combat Stress and Veterans NHS. I’d pretty much given up – every door I was pushing against seemed to be locked on the other side.

“Kirsty would often check on how things were going and offer all kinds of helpful advice. Because my interview for the Ambulance Service had to be online, I was able to print out some of the tips she gave me and put them on the wall behind my monitor. That was very helpful and thankfully the interview went well.

“I trained as a combat medic in the Army. It was something I’ve always taken seriously because people’s lives might be in your hands. My job now involves crewing an ambulance, driving and caring for patients in the back whilst attending urgent and non-urgent calls. Recently we’ve been moving Covid patients to hospital regularly.

“I’ve been giving my colleagues advice about post-traumatic stress disorder, which I have from past experiences. You can develop it simply from living under constant threat, which is what it feels like operating around the virus. It reminds me of having the threat of snipers at the back of your mind all the time, a constant unseen enemy.

“Covid treats everybody differently and the symptoms vary wildly from one person to another. A lot of the staff have been getting it, as obviously we are all in daily contact with it. Some are fine, but others unfortunately have ongoing serious health issues. After my crew mate recently tested positive, I also caught the virus and was put into self-isolation. I felt like I’d had a beasting at the gym, but thankfully had no serious symptoms at all.

“I went into this job with my eyes wide open. Joining the Ambulance Service during a pandemic isn’t something you should do on a whim really. The people I’m working with are a great bunch and there are an awful lot of veterans working for the Ambulance Service. It feels a bit like coming home to the military.

“I tell my colleagues that if they need to unload, the NHS has a dedicated helpline which they can just call. They won’t have to explain their job or talk about why they’re doing what they’re doing. It’s similar to the Combat Stress Helpline which I’ve used in the past.

“Things couldn’t be better now. I’m thinking about the future again and my boss has encouraged me to put in to become a supervisor in a few months. I’m also thinking about trying to become an Emergency Medical Technician, which is a step towards becoming a Paramedic.

“Kirsty helped me to find a door that was open, and I’m proud to have stepped through it and be able to contribute.”